Farmers had been demanding suspension of the then Karnal SDM Ayush Sinha, who was caught on tape purportedly telling policemen to ‘break the heads’ of farmers if they cross the line 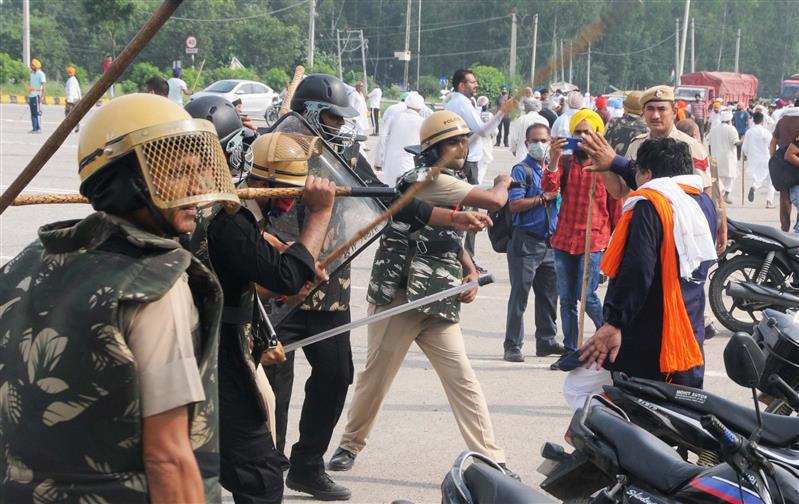 The Haryana government on Wednesday set up a Commission of Inquiry headed by a retired high court judge to probe into the police lathicharge last month at a group of farmers protesting against the three central farm laws.

The judicial probe panel will be headed by Justice (Retd) Somnath Aggarwal, a retired judge of the Punjab and Haryana High Court, a state government statement said.

The Commission of Inquiry will probe into the sequence of August 28 events in which about 10 protesters were hurt in the clash with the police in Karnal when they tried to march towards the venue of a BJP meeting.

While ordering the lathicharge, the then Karnal SDM Ayush Sinha, a 2018-batch IAS officer, was caught on tape purportedly telling policemen to “break the heads” of farmers if they cross the line.

Following the incident, farmers had been demanding suspension of Sinha, who was on September 2, transferred out of Karnal and posted as additional secretary of Citizen Resources Information Department of Haryana.

The decision to set up the Commission of Inquiry to probe into the August 28 lathi charge at Bastara Toll Plaza was taken in a Cabinet meeting, chaired by Chief Minister Manohar Lal Khattar.

The government set up the probe panel “in a bid to ensure fair and transparent inquiry to ascertain the sequence of events leading to incidents at Bastara Toll Plaza in Karnal on August 28,” an official statement said here.

“The Commission of Inquiry will inquire into the circumstances leading up to and including the action by the police at Karnal on August 28, and the use of force against the demonstrators,” the statement said.

“The Commission will also identify persons responsible for the said situation and will further inquire into the role of (IAS officer) Ayush Sinha, the then sub-divisional magistrate, Karnal, in the action by the police on August 28,” it said.

The commission will complete the probe and submit its report to the state government within a month.

The Haryana government had earlier this month ordered a magisterial probe into last month’s clash between farmers and police and had sent the allegedly erring IAS officer on leave. Following this, farmers had called off their sit-in outside the Karnal district headquarters.

Haryana Additional Chief Secretary Devender Singh had earlier said the probe will be conducted by a retired judge and will be completed within a month. Former SDM Ayush Sinha will remain on leave during the time, he had said. PTI