Haryana to construct dam in Himachal Pradesh for reviving Saraswati : The Tribune India

Haryana to construct dam in Himachal Pradesh for reviving Saraswati

Memorandum of understanding to be signed by both govts tomorrow 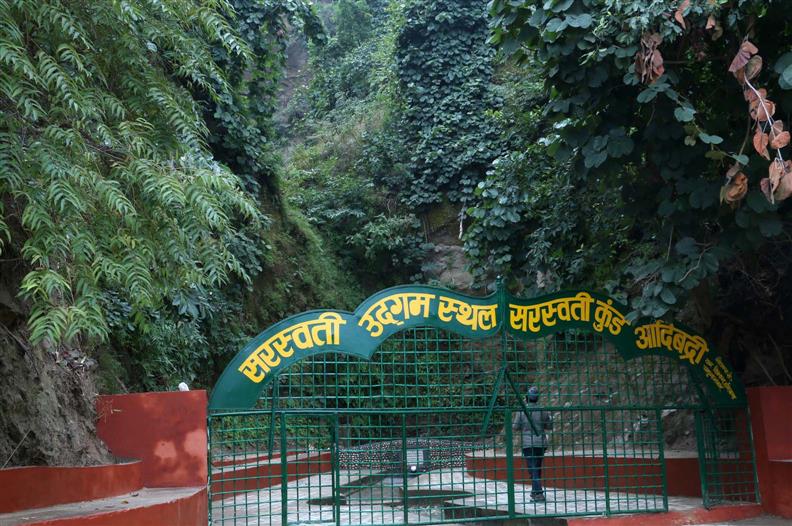 The Saraswati river will flow through 44 villages of the district for about 49 km.

The Haryana Government will construct a dam and a reservoir on 77 acres in Himachal Pradesh near Yamunanagar district’s Adi Badri area, which is situated on the border of Himachal Pradesh.

The Haryana Government will spend Rs 215.33 crore on this project and a memorandum of understanding (MoU) will be signed by Haryana and Himachal Pradesh Governments in the presence of Haryana CM Manohar Lal Khattar and Himachal CM Jai Ram Thakur in Panchkula on January 21.

“The Saraswati will flow throughout the year with 20 cusecs water all the time,” said Arvind Kaushik, Superintending Engineer of Saraswati Heritage Circle Kurukshetra of the Irrigation Department.

With the change of guard in Haryana in November 2014, the state BJP government started the Saraswati Revival Project, beginning excavation work of the river from Rollaheri village of Yamunanagar district on April 21, 2015.

The construction of the dam and reservoir is part of Saraswati Revival Project.

The Saraswati will flow through 44 villages of the district for about 49 km. Most portion of the river has been excavated in Yamunanagar district.

RSS veteran and president of Saraswati Nadi Shodh Sansthan, Darshan Lal Jain, who died in 2021, had started efforts for the revival of the Saraswati in 1999 and continued his efforts till his death.

Dhuman Singh Kirmach, vice-chairman, Haryana Saraswati Heritage Development Board, said that the state government was working to preserve the ancient heritage of the Adi Badri region.

Sources said that the flood water of Som river, a seasonal river, wreaked havoc in several areas of Yamunanagar district every year. But after the construction of the dam, the people of the area would get relief from flood.

According to the information available, Adi Badri area is considered to be the origin of Saraswati river.