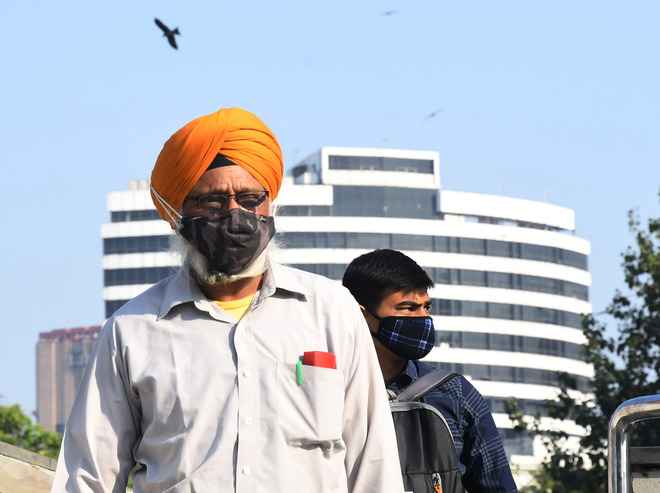 As India witnessed the world’s highest single-day spike with more than 3.32 lakh new Covid cases, the High Court today directed the states of Punjab and Haryana, along with the UT Chandigarh, to put in place pandemic prevention and control measures. Among other things, the UT and the states were asked to depute health and municipal staff to initiate punitive action against those wearing masks below the nose.

The states also undertook to prevent fleecing by hospitals and other medical institutions and act promptly on grievances of the public. Shaken out of administrative inertia by the High Court after its decision to monitor pandemic control measures, the states also made it clear that judicial members would be included in their grievance redressal district nodal committees.

As the case came up for resumed hearing before the Bench of Justice Rajan Gupta and Justice Karamjit Singh, Haryana Additional Advocate General Ankur Mittal submitted that nodal agencies in every district, headed the deputy commissioners, were already functional. The Legal Services Authority secretary — a judicial member — would also be its part. The committee would hold a meeting in every district daily. The administration would respond promptly to calls on the helpline number or received by any committee member.

Punjab state counsel VM Gupta added the state had no objection to the committee’s formation on similar lines. He submitted designated helpline number 104 had already been assigned for all types of grievances. “We, thus, direct that needful be done at the earliest,” the Bench added.

Assurances of deputing more personnel to attend to the calls and activation of the PCRs/beat system were also recorded by the Bench, with a direction to give wide publicity to the numbers for making the public aware and instill confidence.

Advocate Navkiran Singh brought to the court’s notice that certain private hospitals were charging exorbitant fee and fleecing the public following lack of control by the authorities.