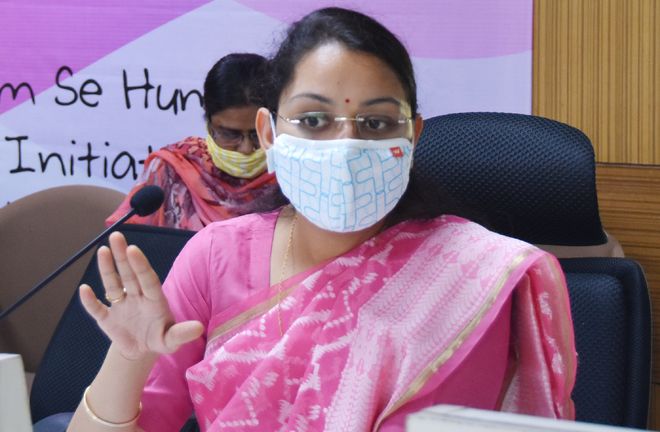 Priyanka Soni, Deputy Commissioner, visited a number of villages to assess the crop loss suffered due to hailstorm that occurred in the district recently.

The DC, accompanied by the District Revenue Officer Rajbir Dhiman and other officials, reached Dabra village and interacted with the farmers. The farmers complained that mustard, paddy crops and vegetables were damaged due to hail.

The farmers demand special ‘girdawari’ of the damage caused by the hailstorm that occurred on Sunday, and urged the state to give compensation for their losses.

The vegetable-growing farmers also suffered loss, while mustard in about 60 villages was destroyed due to hail. Mange Ram, a farmer from Bhojraj village, said he had sowed 3 acres of mustard about one month ago. “Heavy hail completely destroyed the crop. I am not in a position to resow mustard, and the land is not fit for wheat sowing,” he said, adding that the crop was not insured under the Pradhan Mantri Fasal Bima Yojana.

In Mayyar, Bhanana, Satrod and Sikarpur villages, the standing paddy crop was destroyed due to hail. Krishan Satrod, member, Zila Parishad, said the state should immediately announce compensation of Rs 40,000 per acre to the affected farmers.