HSPCB acts against two officials for inaction against illegal units : The Tribune India

HSPCB acts against two officials for inaction against illegal units 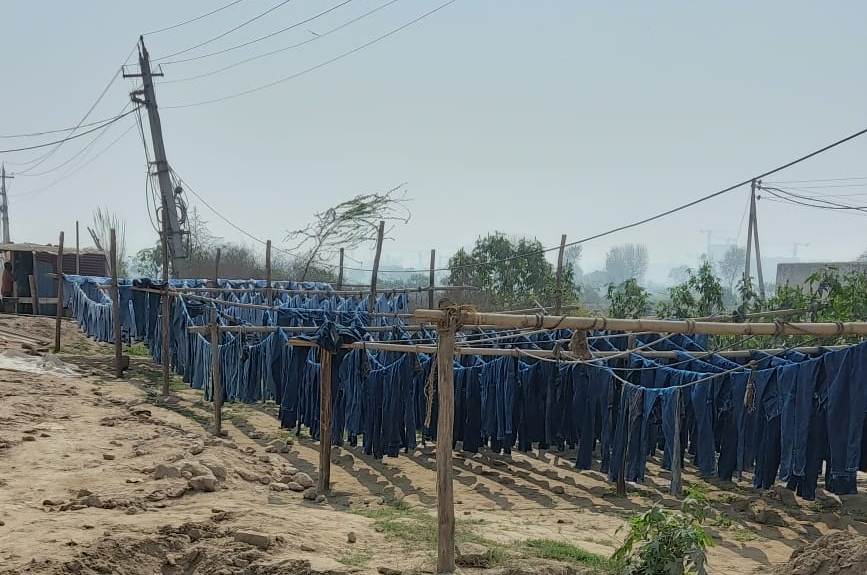 The Haryana State Pollution Control Board (HSPCB) has repatriated Assistant Environment Engineer (AEE) posted at its regional office in Sonepat to his home department Municipal Corporation (MC), Panipat, and ordered disciplinary action against the regional officer (RO) concerned reportedly for not taking action against illegal denim dyeing units in the Kundli and Kharkhoda area of the district.

Gulati, in his complaint, said he had filed several complaints regarding illegal denim dyeing units operational at Piau Maniyari and Friends Colony in the Kundli area and Ferozpur Bangar in the Kharkhoda area of the district.

“As many as 50 illegal units are operational at three locations -– Piau Manyari, Friends’ Colony and near the Ferozepur Bangar area of Sonepat district,” he said.

“All units are under the red category and are water-intensive. These units use lakhs of litres of groundwater for dyeing denims,” Gulati said.

Gulati further alleged that these units used to discharge huge amounts of untreated effluent in open drains. “All the units are illegal as these units do not have consent to operate (CTO), consent to establish (CTE), NOC of Hazardous Waste Management (HWM) and Haryana Water Resource (Conservation, Regulation and Management) Authority (HWRA),” he alleged.

“I have provided actual geological locations of these units, which are discharging untreated effluent into drain No. 6 directly, which ultimately leads to pollution in the Yamuna river, but no action has been initiated by the RO and the AEE of Sonepat,” Gulati said.

Following his complaint, P Raghavendra Rao, Chairman, HSPCB, ordered the repatriation of AEE Deepak Rana, who was on deputation in pollution control board from the Municipal Corporation, Panipat, to his parent department with immediate effect.

S Narayanan, Member Secretary, HSPCB, said, “Complaints regarding illegal denim dyeing units in Sonepat have been received. Disciplinary proceedings have been initiated against officials concerned for not taking action against such illegal units.”

Fifty illegal units are operational at Piau Manyari, Friends’ Colony and near the Ferozepur Bangar area of Sonepat district. All units are under the red category and are water-intensive. These units use lakhs of litres of groundwater for dyeing denims. — Varun Gulati, environmentalist