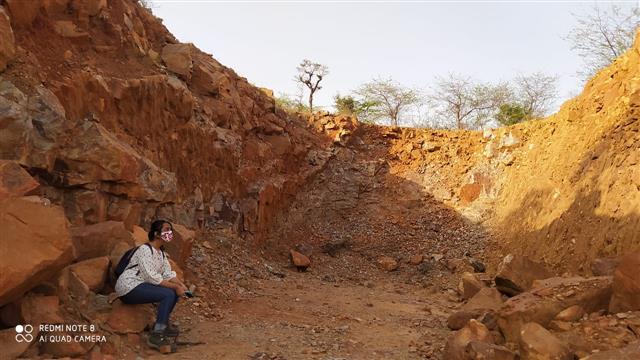 The murder of Tauru DSP by the mining mafia has yet again drawn attention towards illegal mining that runs as a “cottage industry” in the Mewat region spread across Nuh, Faridabad and Gurugram.

Speaking to The Tribune, one of the miners from Alwar said mining was a key source of income for those living in the region in Aravali foothills and even the Supreme Court ban could not change the situation.

The Dehradun-based Forest Survey of India (FSI) reported that illegal mining could be observed on 778 hectares in the Aravalli region. It continues to be a multi-crore business that not only involves Mewat villagers, but also politicians, businessmen, police personnel and even some bureaucrats. The ban, according to him, has, however, increased their “investment”.

“Like any other business, we also have a proper network. Things are a bit easier in Rajasthan than in Haryana. We zero down on hills and then engage Mewat villagers for quarrying and transporting the material to stone crushers. Initially, we would have to shell out only around Rs 25,000 to get the entire village work for us, but now it costs anything between Rs 5 lakh to Rs 10 lakh,” said Suyash Rathore (name changed), a miner from Alwar.

According to Rathore, a hillock “sells” anywhere between Rs 1 crore to Rs 5 crore via illegal bidding. Over 31 hillocks have reportedly vanished due to illegal mining.

The mafia also has “spies” who have created WhatsApp groups to keep miners informed about raiding teams and police nakas. Their workers are posted at all toll plazas to ensure easy passage for non-numbered dumpers carrying stones.

Dumper drivers are specially trained to use country-made pistols and deal with cops. Residents of around 40 Mewat villages are actively involved in these activities.

“Women and children are trained to alert us in case of any trouble. They are also trained to stop police vehicles and help suspects in escaping. The risk has increased, but we are doing this for our families as we have no other option,” says Rehbar, who was convicted in a hit-and-run case.