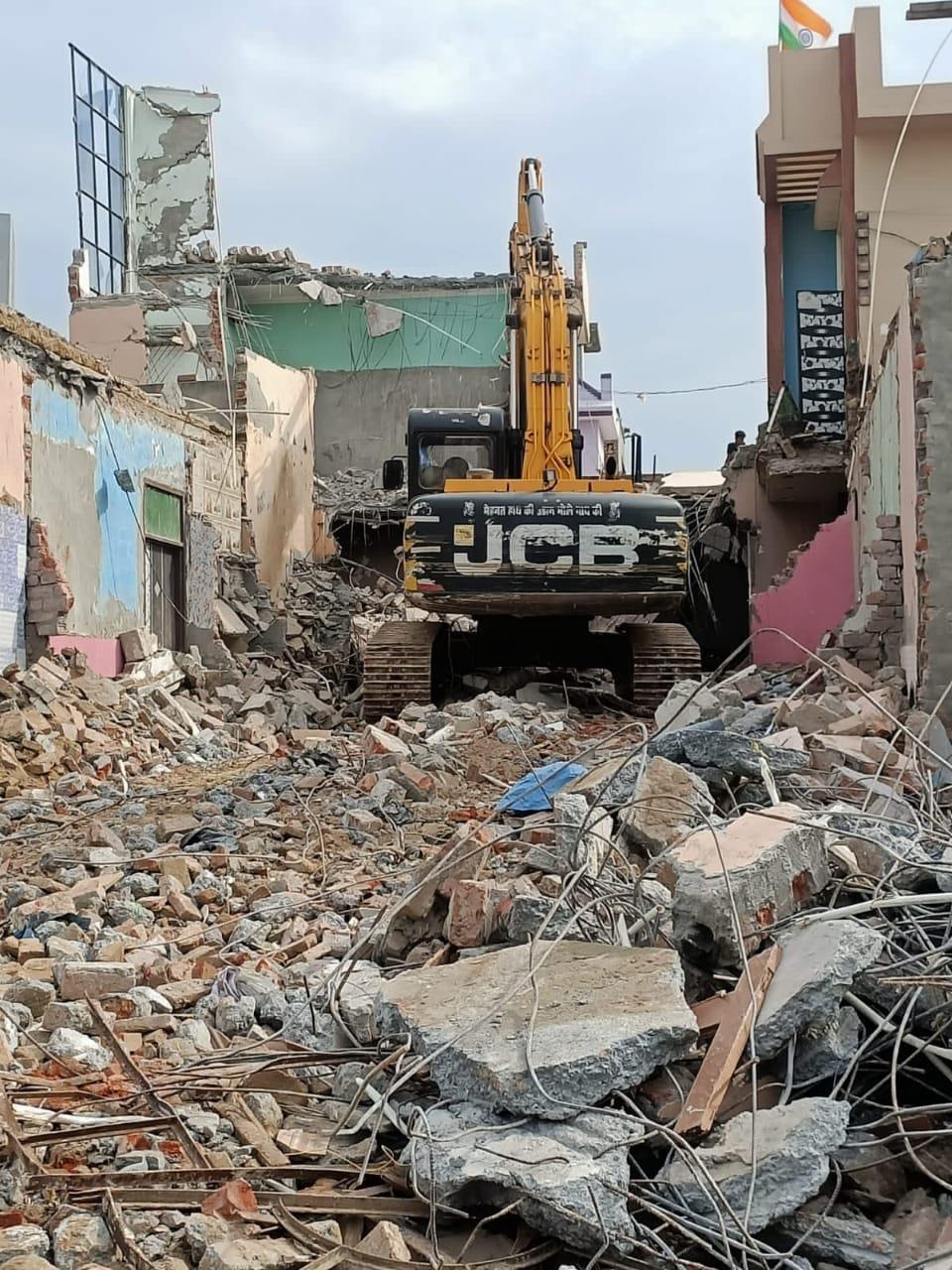 In a crackdown on persons involved in illegal construction, the District Town Planning Department of Karnal district carried out a demolition drive on the second consecutive day. The team razed a large portion of Karan Paradise hotel in Taraori.

As per the officials, the hotel belonged to Sukhdayal Singh, alias Rinku, a drug peddler. On Wednesday, the town planning division of the Karnal Municipal Corporation demolished an illegal farmhouse of a close associate of gangsters Neeraj Punia and Vinod Pannu.

Inspector Mohan Lal, CIA-2 in-charge, said Rinku had been booked in six cases under the NDPS Act and was also sentenced to five-year jail in one case.

“Karan Paradise was constructed illegally on Sonkra road in Taraori. We had received complaints regarding illegal activities taking place on the property premises, following which a notice of seven days was served to the hotel owner to remove their goods,” said RS Batth, District Town Planner.

Meanwhile, the Hisar police removed the illegal structures on the Civil Hospital land today. The land had been encroached upon by drug peddlers for over two decades.

The police, along with the district administration, dismantled the structures raised by two drug peddlers, who are facing many criminal charges in the district.

The drug peddlers have been identified as Kavita, alias Kali, and Kulbir. Both are residents of Ambedkar Basti adjoining the Civil Hospital.

The sources said the peddlers had encroached upon the land nearly two decades ago and constructed pucca houses on it. The authorities of the Civil Hospital had raised objections over the construction, but since the duo was involved in drug smuggling, they could not be stopped by the authorities, the sources added.

The Jind police also freed the land illegally occupied by a criminal, who is facing three cases of murder and dacoity, in Lijwana Kalan village.