In 5 years, over 3% Haryana board students make it to prestigious IITs: SCERT report : The Tribune India

In 5 years, over 3% Haryana board students make it to prestigious IITs: SCERT report 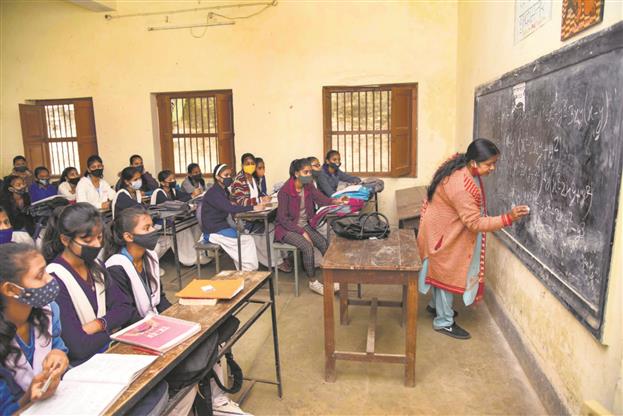 Few students passing out from the Board of School Education Haryana (BSEH) get selected in the Indian Institute of Technology (IITs). The overall share of state students in the IITs remains between three to four per cent, data over five year period reveals.

The percentage of Haryana students getting selected in the IITs is between three to four per cent. Haryana ranks eighth to ninth among all the states and UTs for sending students to the IITs. 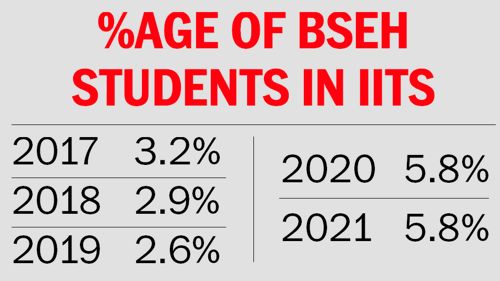 The top five states whose students are getting admission in the IITs are Rajasthan, Uttar Pradesh, Maharashtra, Andhra Pradesh and Telangana.

In 2017, 441 Haryana students got selected in IITs, which was 4.1 per cent of total seats, with the state ranking eighth in the country.

Next year, the number of state students rose to 475, which was 4 per cent of the total IIT seats while the state’s ranking remained at eighth among all the states and the UTs.

In 2021, the number of Haryana students in IITs further rose to 567 which was 3.5 per cent of the total seats while the state’s ranking remained at ninth.

Majority of Haryana students, who got selected in IITs during 2017-21 are from the Central Board of Secondary Education (CBSE).

“No doubt that the percentage of students selected from BSEH (state board) has increased over the years that is 3.2 per cent in 2017 to 5.8 per cent in 2021, yet the overall percentage is still very low,” says the report.

“Admission into the IITs requires coaching. Students pursuing studies through the BSEH may not be taking tuition. This aspect needs to be investigated. Super-100 programme of the Haryana Government must be studied and expanded so that more students could be sent to the IITs,” said an education expert.

Admission into the IITs requires coaching. Students pursuing studies through the BSEH may not be taking tuition. Super-100 programme of the govt must be expanded so that more students could be sent to IITs. — An education expert