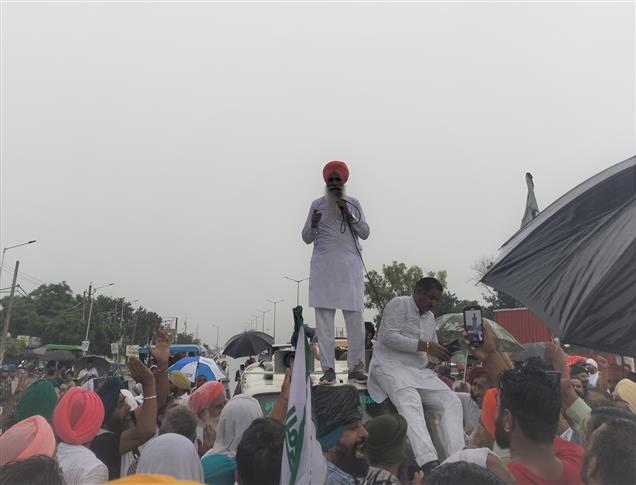 In a midnight hearing on blockade by farmers deploying tractor-trailers and other vehicles at Shahbad in Kurukshetra, the Punjab and Haryana High Court directed the State of Haryana, its functionaries and other respondents to ensure that the National Highway-44 was kept open for free flow and movement of traffic without any hindrance “so that the public at large is not put to inconvenience”.

The High Court also made it clear that the district administration should have immediately taken steps to prevent the situation. Directing the respondents to prevent further deterioration of law and order, the Bench of Justice Augustine George Masih and Justice Alok Jain also called for sorting out the cause leading to the situation.

Sounding a word of caution, the Bench also made it clear that the direction was required to be given effect to forthwith. But the matter was preferably required to be resolved amicably. “Resort to the use of force should be the last option and that too unless the administration has no other way out,” the Bench added.

The state Chief Secretary was also asked to submit the details of steps taken before pursuant to the direction. The hearing lasted well beyond midnight and the order was released on Saturday at about 2 am.

The matter was brought to the Bench’s notice after a petition was filed in public interest against the state and other respondents by a High Court advocate, Randeep Tanwar, through counsel Padamkant Dwivedi. The Bench, during the course of evening, informed about the national highway being blocked by deploying tractor-trailers and other vehicles, apart from erecting tents in the middle of the road, resulting in traffic jam. It was added that the blockade had been resorted to by a group of Bhartiya Kisan Union farmers, led by president Gurnam Singh Chaduni.

Dwivedi contended that the process was initially started by a few members. But other members and farmers gathered with the passage of time resulting in the assembly of 400 to 500 people and 75 to 80 tractors and other vehicles.

Taking a note of the contentions, the Bench asserted: “We are of the considered view that the impasse cannot be permitted to sustain and the district administration should have immediately taken steps that such a thing should not have happened, which has led to a situation where the National Highway has been blocked and such illegal activities cannot be permitted.” The notice issued by the Bench was accepted by Haryana Additional Advocate-General Deepak Balyan.