Currently, 85,000 hectares are under wheat cultivation 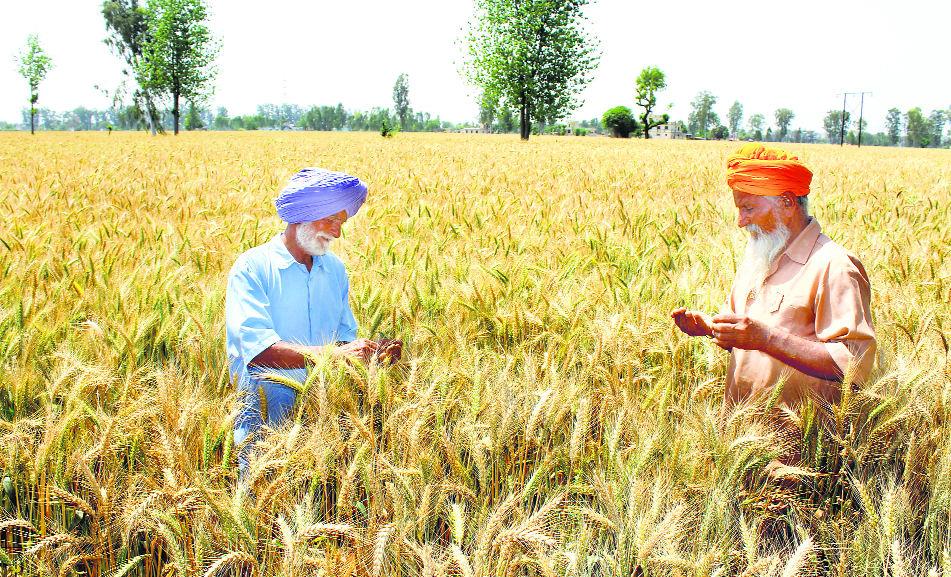 Following an increase in temperature, agriculture scientists have cautioned the wheat farmers, especially those who had sown late varieties, to be vigilant else they may witness yield loss.

Senior coordinator at Krishi Vigyan Kendra, Ambala, Balwan Mandal said, “A rise in temperature is not good for wheat crop as it may have an impact on the yield, especially on the late sown crop, and the farmers may witness a loss of 1 to 2 quintal of yield per acre. The farmers who had sown wheat in the last week of November or in the first week of December must go for light irrigation.”

Guru Prem, subject matter specialist, Krishi Vigyan Kendra, Tepla, said, “Rise in temperature will have an impact on the yield but the farmers who had adopted crop residue management and sown wheat without removing and burning paddy residue are unlikely to face any loss.”

Meanwhile, agriculture experts have also advised farmers to keep monitoring their fields and report if they detect yellow rust in the crop.

Yellow rust is a fungal disease which manifests as powdery yellow stripes on leaves. These stripes hinder photosynthesis, makes the grain shrivel and stop the growth of the plant. In case of yellow rust, the farmers can observe a yellow powder on the leaves and it will leave the colour on the hand or any cloth when being touched but yellowing of leaves doesn’t necessarily signify yellow rust attack as there could be several reasons behind it, including the overdose of herbicide and soil salinity, the agriculture expert said. Yellow rust was reported in the Bihta block of Saha earlier this month.

Shekhar Kumar, Assistant Plant Protection Officer, Ambala, said, “Yellow rust was also reported in around 2.5 acre wheat crop earlier this month at Bihta village but it was timely controlled and no other incident has been reported this year. The farmers must keep monitoring their fields, inform the department and also spray a solution of propiconazole 25 per cent EC to control its spread.”