Industry, farming at receiving end due to power cuts in Haryana : The Tribune India

Industry, farming at receiving end due to power cuts in Haryana 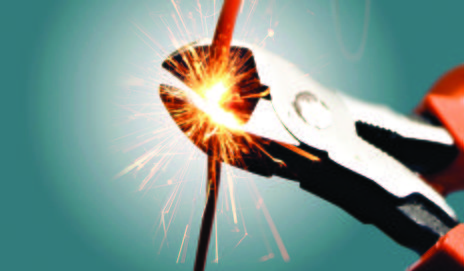 Consumers are reeling under prolonged power cuts as the power utilities are unable to fulfil the increasing demand for electricity in the summer.

While all sectors including industry, agriculture and domestic consumers are at the receiving end, rural domestic consumers are the worst-hit as the actual power supply is only around 10-12 hours a day. Dakshin Haryana Bijli Vitran Nigam (DHBVN) officials informed that there is an increase of about four lakh units in demand this summer in Hisar circle. “Now, we need about 14.5 lakh units — and even more on some days -– to supply power as per the schedule. Due to short supply, unscheduled cuts are being imposed,” stated an official.

While industry is facing power cuts of about six hours a day, the agriculture sector too is facing additional two-hour cut out of its daily supply of eight hours.

Rural domestic cuts are around 12 to 13 hours and urban areas are facing cuts of about three hours daily, said an official.

Faridabad: Power supply in the district is faced with a shortage of 20 per cent at present, resulting in about six hours of cuts daily. Though the daily demand is claimed to be around 8,500 MW daily, the Faridabad circle of the nigam is getting a supply up to 7,000 MW daily. This situation is unlikely to improve in the next several days, said an official. Claiming that the official cuts ranged up to three hours daily, Superintending Engineer, Faridabad circle, Naresh Kakkar said that unofficial cuts happen due to breakdowns as a result of uncontrolled factors.

Gurugram: Gurugram has major power issues and industry is the worst-affected sector. While the scheduled cut for industry is 11 pm to 2 am, there is no power for almost the entire night, forcing industrialists to operate diesel generator sets. There are about four-hour-long cuts in domestic power supply.

Rohtak: Residents of Rohtak city as well as villages have been facing frequent outages of electricity. Opposition leaders have attributed the power crisis to the state government’s mismanagement.

Yamunanagar: The cuts have hit the studies of students who are appearing for the Class X and XII exams.

Karnal: As per the data available, the demand for power is 400 MW per day but the power corporation is managing to provide around 350 MW per day with the help of rotational cuts.