Industry jittery, Haryana on back foot on quota for locals law 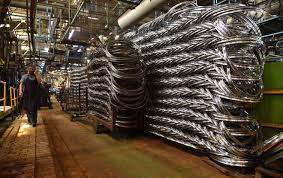 The Haryana Government seems to be on the back foot regarding the law on job quota for locals in the private sector. It is now considering certain relaxations after addressing industry’s concerns, particularly that of the IT firms based in Gurugram.

Talking to The Tribune, Vijayendra Kumar, Principal Secretary, Industries and Commerce Department, said the new law has yet to come into force for which rules have yet to be framed. “The government will implement the law after careful consideration of the concerns of the industry," he said.

“No date has been notified for the Haryana State Employment of Local Candidates Act, 2020. The Chief Minister and Deputy CM have held a meeting with office-bearers of various industry associations, assuring them that their concerns will be carefully considered before implementing the Act,” the officer said.

The Act providing for 75 per cent jobs to the locals in the private sector with a salary up to Rs 50,000 per month was one of the poll promises of the Dushyant Chautala-led JJP.

A survey last month by NASSCOM, the premium trade body, found that a majority of the 500-odd IT-ITeS companies in Haryana were worried over the impact of the new law on their recruitment strategies and the policy of equal opportunities, diversification and inclusion.

The e-survey found that Information Technology and Information Technology enabled Services (IT-ITeS) companies providing direct employment to nearly 4 lakh people in Haryana could consider shifting their operations to source talent once the law was enacted. “Given that the Act applies to the new hires, the impact is expected to be severe in 1-2 years as the industry sees a high attrition rate,” the NASSCOM report warns. As many as 80 per cent companies said the new law would have a negative impact on their future business operations and investment plans.