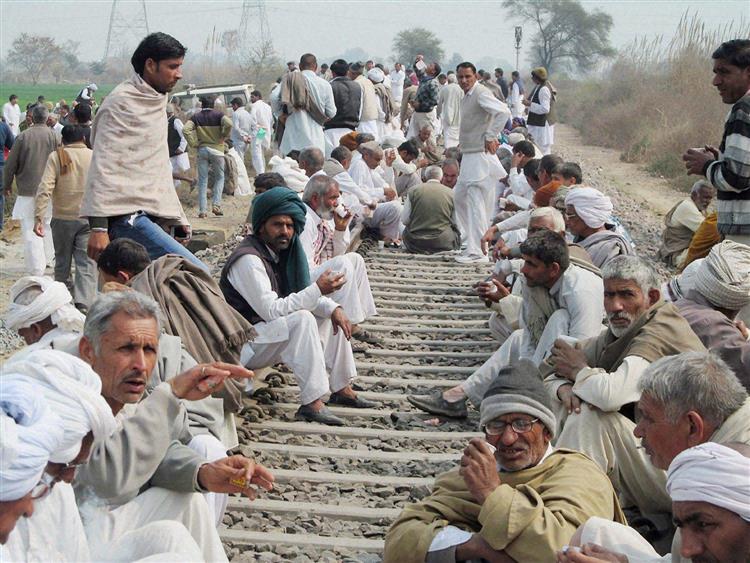 The All-India Jat Aarakshan Sangharsh Samiti (AIJASS), which had spearheaded the agitation for Jat reservation in the Other Backward Class (OBC) category, has been dissolved.

Yashpal Malik, AIJASS president, made the announcement after a meeting in Delhi yesterday. Delegates from Punjab, Haryana, Uttar Pradesh, Madhya Pradesh, Rajasthan and Delhi participated in the meeting.

The All-India Jat Arakshan Sangharsh Samiti (AIJASS) was formed in 2009. In 12 years, it led several agitations, demanding OBC status for Jats. In September 2010, the outfit then led by Hawa Singh Sangwan blocked the Delhi-Hisar rail track in Hisar’s Mayyar village, resulting in violence.

In February 2016, the agitation turned violent following a Supreme Court’s decision to exclude Jats from the OBC category. About 30 persons were killed, and private and public property damaged.

The Prakash Singh committee, which was instituted by the state government after the violence, mentioned in its report 208 persons, including 70 security personnel, were injured. More than 1,500 criminal cases were registered, mainly of theft, arson, mischief and robbery.

“The outfit will be reconstituted democratically,” said Ram Bhagat Malik, state spokesperson for the AIJASS, in a statement.

Malik said: “The samiti fought for its demands for long during the tenure of the Congress and BJP governments. Over the years, the state government justified the demand for Jat reservation, but never introduced a law on it. It instead shifted the responsibility on the Central government.”

He further said Jats would continue their struggle for reservation after having re-constituted the body in a democratic manner.

Over the years, the state government justified the demand for Jat reservation, but never introduced a law on it. Jats will continue their struggle for reservation. — Yaspal Malik, AIJASS president