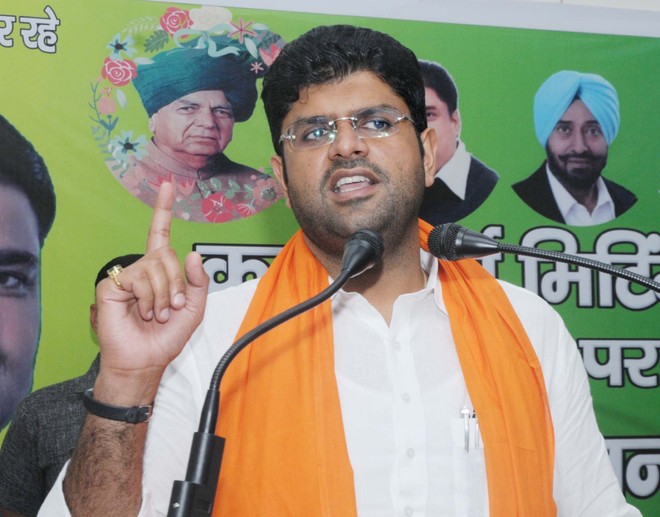 Though sources in the BJP unit of Delhi maintained that no talks at any level had been held with the JJP that involved their local Delhi leaders, they said pre-poll alliances were being explored with NDA partners.

Even as Dushyant Chautala said talks for an alliance were in progress and the outcome would be known by the end of this week, BJP leaders in the Delhi unit of the BJP said that a call on such matters would be taken by the senior leadership of the party.

“The Delhi unit has, so far, had no talks with the JJP though we are in talks with the Shiromani Akali Dal. However, central leaders may be in parleys with the party,” sources claimed.

Meanwhile, Dushyant claimed that the JJP saw potential at 12-18 seats in Delhi. “We have formed a five-member committee which is deliberating on our prospects and various nuances of contesting election on these seats. We are also exploring the possibility of an alliance. Things will become clear over the next 3-4 days,” he said.

The JJP is banking on the consolidation of anti-Congress parties to come together under one umbrella and contest the poll in a bid to keep them out of power.

Sources in the JJP said the party and its leadership had nothing to lose by contesting the Delhi elections.

“When we contested the Haryana elections, we wanted a certain percentage of votes to be able to get the stamp of a recognised state party. We not only achieved that, but we also managed to be a part of the government in the state. Whatever we get from Delhi will only be an addition to our support base and it seems a good chance to test the waters since we see the possibility of a win. Winning even one seat will be an achievement for us,” maintained a party insider.