Karnal hospitals have no ICU for children 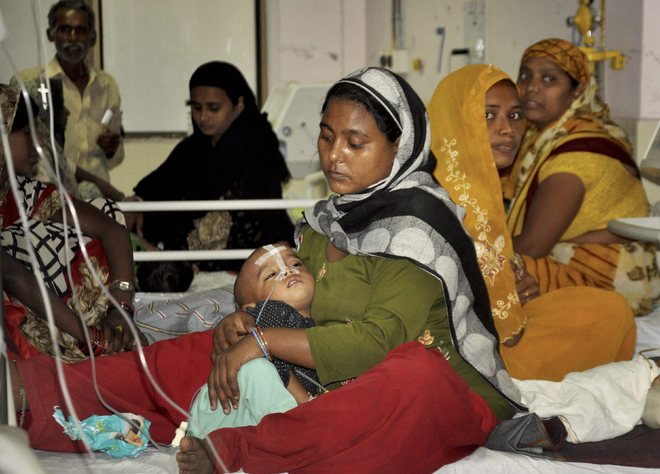 Ahead of the anticipated Covid-19 third wave, which is expected to hit children the most, the health infrastructure of the government-run hospitals seems to be insufficient in the district as there is no paediatrics intensive care unit (PICU) here to treat the critical children.

Be it Kalpana Chawla Government Medical College, which is a dedicated Covid hospital for four districts, Karnal, Kurukshetra, Kaithal and Yamunanagar, or Civil Hospital, CHCs and PHCs, all are without the PICU facility.

Only one newborn intensive care units (NICU) of 14 beds is at the KCGMC and one sick neonatal care unit with 16 beds at the Civil Hospital, but these are only for infants, while in the PICU children upto 14 years are treated, said the sources in the Health Department. The KCGMC has two paediatric wards with a capacity of 60 beds, while it has five faculty members to treat the children. The Civil Hospital has a paediatrics general ward with 12 beds and it has only three pediatricians and three medical officers to look after the children there, the sources said adding there is no paediatrics ventilator in the hospital.

One of the officials said if the third wave affected the children as per speculation, then the health system could be paralysed as it was in the second wave. There is a need to strengthen the paediatrics health infrastructure in the district and the government must focus on it said another official.

Dr Jagdish Dureja, Director, KCGMC, said they had been working to strengthen the paediatrics ward. They had sent for required equipment, including laryngoscope set with blades, steamers, X-ray view box and ICU beds and ventilators to name a few,” he said, adding that they are hopeful that with these resources the paediatrics health infrastructure will be revamped.

Dr Piyush Sharma, Principal, Medical Officer (PMO), said they had one nutritional rehabilitation centre (NRC) with eight beds for malnutritioned children. “We are going to set up two beds for the paediatric ICU in the NRC ward,” he added.

Dr Yogesh Sharma, Civil Surgeon, said there was no shortage of manpower at the KCGMC and Civil Hospital as well as at two sub-divisional hospitals, including at Assandh and Nilokheri. “We are in the process of establishing exclusive paediatrics care units at the Civil Hospital and CHCs,” the Civil Surgeon further said.