Kin of Panipat man held by Mozambique terrorists in despair

Seek PM’s intervention for his release 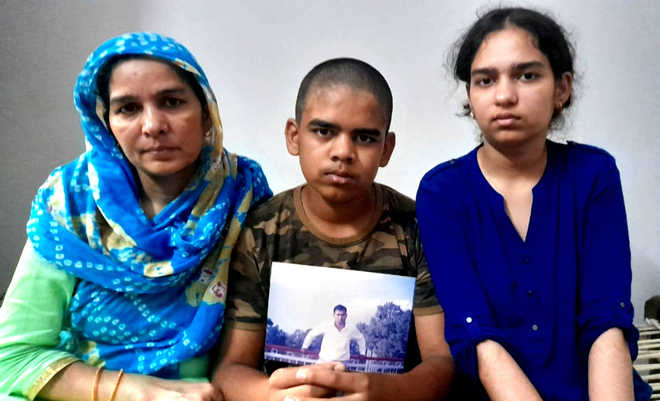 The family of Vinod Beniwal (42), who was abducted by the Islamic State (IS) terrorists in Mozambique, are in a state of despair as their efforts to get him released have failed to bear fruit.

They have urged the Prime Minister through an email to intervene into the case to ensure safe and prompt release of Vinod, whose wife and two children reside in Panipat’s Samalkha town.

“My elder brother went to Mozambique in 2015 on work visa. He is a branch manager with a private company in Palma city. Militants claiming to be a part of the IS group attacked Palma and abducted some foreigners, including Vinod, on March 24 this year. On getting information, we approached the Indian Embassy in Mozambique and requested the officials there to trace my brother,” said Satendra Beniwal, a Railway Police Constable.

He said on April 20, the terrorists made a call to Vinod’s employer and demanded a ransom of USD 1 million for his release. The employer got ready to pay the money to the militants in the dense forest located on the border of Tanzania and Mozambique but he could not do so as the local army didn’t allow anyone to go there, he added.

“Since then we have been in constant touch with the Indian Embassy at Mozambique and are requesting the officials to get Vinod released either by mounting political pressure on the local government for acting against the militants or by providing a safe passage to give them ransom. However, except assurance, we have not got anything,” Satendra said, adding that they had sought help from the External Affairs Minister through an email 10 days ago but to no avail.

Vinod’s wife Seema said she and her children were under immense stress. “My husband is the sole breadwinner for the family. We have requested the PM to pressurise the Mozambique government for getting him released at the earliest. We will be devastated if anything wrong happens,” she added.