Kingpin among 4 held for cryptocurrency fraud 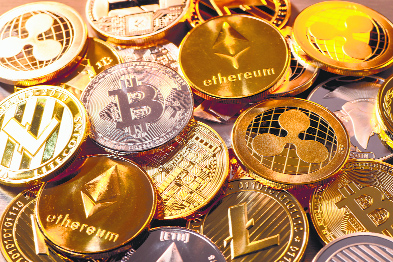 In an operation against cryptocurrency fraud, the Haryana Police have arrested four fraudsters, including the mastermind, for duping people in the name of online business involving bitcoin transactions.

DGP Manoj Yadava today said to commit the fraud, the mastermind and his associates used the name of Binance, a multi-national cryptocurrency exchange based out of China, with an intention to cheat gullible persons on the pretext of offering them huge returns if they invest money online in bitcoin business.

He said the issue came to light when one Pravesh Kumar of Sonepat’s Sector-23 filed a police complaint that he was cheated by Harinder Chahal of Madha village, Narnaud PS, Hansi. A case was registered at the cyber police station, Panchkula, under relevant IPC and IT Act Sections.

The police, with the help of cyber experts, started a probeand it was revealed that the mastermind, Harinder Chahal, was not alone in this fraud. There are several others who were entrusted with the task of luring gullible people to invest in bitcoin with a promise of huge returns.

The DGP said during the probe, it was found that a man named John McAfee questioned Binance publicly on Twitter with a possible allegation of a hack. Binance replied to McAfee the same day using their official Twitter handle denying any possibility of a hack and also revealed their ‘Bitcoin wallet address’for everyone to see and check.

Taking advantage, the mastermind fraudulently created a Facebook account in the name of Vikas Kumar and copied the official wallet address of Binance.

On October 1, 2019, the bitcoin holding of the wallet in question stood at 1,871 bitcoins, amounting to approximately Rs 109.64 crore. He gave this blockchain address through Facebook and WhatsApp messenger to the complainant.

Harinder, also known as Sonu Chahal, duped Pravesh of Rs 15.5 lakh by fraudulently showing bitcoins in his wallet which in reality belonged to the crypto-currency exchange Binance. — TNS