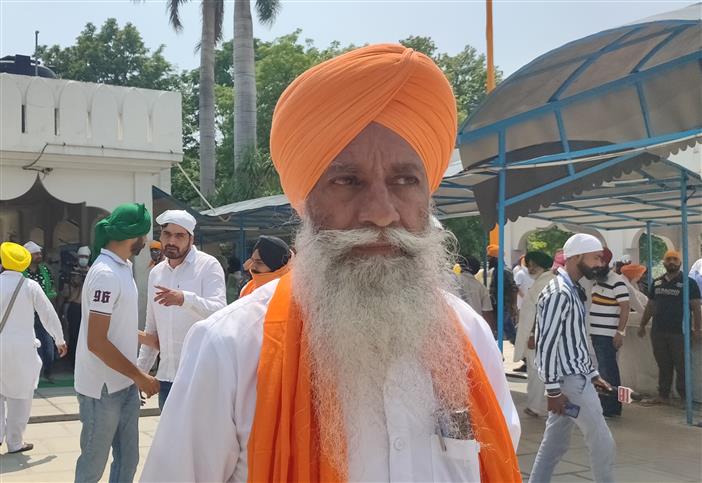 The farmer unions contesting the Punjab Assembly elections would no longer be part of the Samyukt Kisan Morcha (SKM), the umbrella body that spearheaded the year-long agitation against the now-repealed three central farm laws said on Saturday.

The prominent BKU (Bharatiya Kisan Union) factions that have been expelled from the SKM are those headed by Balbir Singh Rajewal of Punjab and Gurnam Singh Charuni from Haryana.

Rajewal has floated the Samyukt Samaj Morcha to contest the Punjab poll while Charuni’s outfit is named Samyukt Sangharsh Party. Both are contesting the February 14 elections in an alliance. Twentytwo of the 32 farm unions from Punjab that comprised the SKM regrouped under Rajewal to float the political outfit. Rajewal and Charuni were core committee members of the SKM.

The decision to expel their outfits was taken today during a general house meeting organised by the SKM at the ‘Kisan Andolan’ office at Singhu border. Farmer leaders Rakesh Tikait, Joginder Singh Ugrahan, Jagjeet Singh Dallewal, Yogendra Yadav and Yudhvir Singh were among those present.

Ugrahan, BKU-Ekta president, said any farm outfit or leader taking the poll plunge or getting indirectly involved in electoral politics couldn’t be part of the SKM. “The SKM isn’t opposing any farm organisation, but only the two political parties (floated by Rajewal and Charuni),” he maintained. If needed, said Ugrahan, the decision may be reviewed after three months.

The SKM said their organisation was apolitical and no politician was allowed on any stage during the over 12 months of their agitation. Yudhvir said Tikait would visit Lakhimpur Kheri in Uttar Pradesh for three days from January 21 to press for the sacking of Union Minister Ajay Mishra whose son Ashish is accused of mowing down protesting farmers last year. “Tikait will meet victims, jailed farmers and officials. If there is no progress, a siege may be laid in Lakhimpur by farmer organisations. A ‘pucca morcha’ may be started there,” he said.

The Samyukt Kisan Morcha leadership also warned of launching ‘Mission UP’ (against the BJP) from February 1 if the Union Government failed to fulfil its promises, including formation of a committee on MSP and cancellation of police cases against protesters. “We will observe January 31 as ‘Vishwasghat Diwas’ (betrayal day) and hold nationwide protests at block and district headquarters’ level,” the SKM said. Besides, the SKM will support the countrywide strike on January 23 and 24 called by central trade unions.

Warns of another agitation from Feb