Lack of funds stalls work on revival of Faridabad ponds : The Tribune India

Lack of funds stalls work on revival of Faridabad ponds 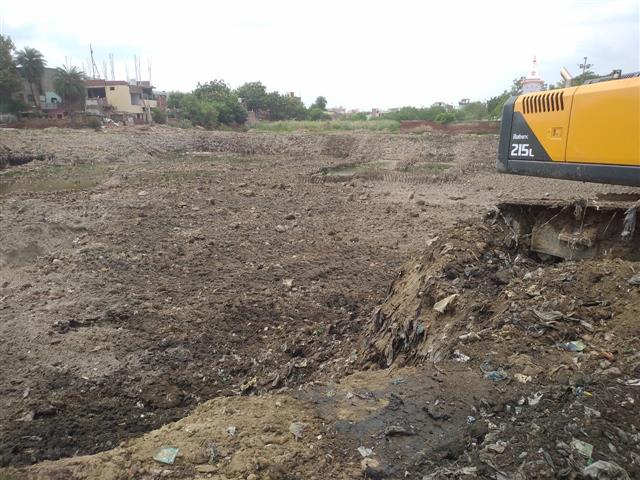 One of the ponds in Faridabad undergoing revival. File photo

The project of revival of water bodies (ponds) here, taken up four years ago, has failed to pick up pace. Though the DPR of as many as 20 water bodies was finalised two years ago, yet the work has been taken up at only two ponds.

The authorities have proposed to revive maximum number of water bodies that have dried up, said sources. Located within the civic limits, these water bodies are expected to have a storage capacity of 70-crore litre of water.

“There has been a delay of four years as the project was taken up in 2018. Initially, it remained in files. This year in April, a DPR of selected ponds was cleared by the Haryana Pond and Waste Water Management Authority (HPWWMA), set up by the state government for the revival and maintenance of the water bodies,” said an official of the civic body.

The Municipal Corporation, Faridabad (MCF), had planned to develop around 50 ponds by the end of next year, it is claimed. As many as 55 out of the total 76 water bodies that existed about four decades ago, have vanished and there was an urgent need to revive these, an official said on condition of anonymity. The project is aimed at restoring the depleting water table, which has seen a sharp decline over the past few decades. The work was taken up in compliance with the NGT order on August 14, 2015, for the restoration of all water bodies, it is added.

With a feasibility report out in 2018, the work remained stalled mainly due to funds, the Covid pandemic and bureaucratic hurdles, it is reported. It is claimed that encroachment issues had also been a cause for concern and this threatens to delay the project further. The work of preparing the DPR of 20 ponds was assigned to “Development- 2050” an NGO, and its payment of about Rs 8 lakh was yet to be cleared, it is claimed. An average budget of Rs one crore has been sanctioned for each of the water body, it is reported.

While the work has been going on at Sihi and Budena villages, a senior official of the MCF said work tenders of another 18 water bodies would be released soon.