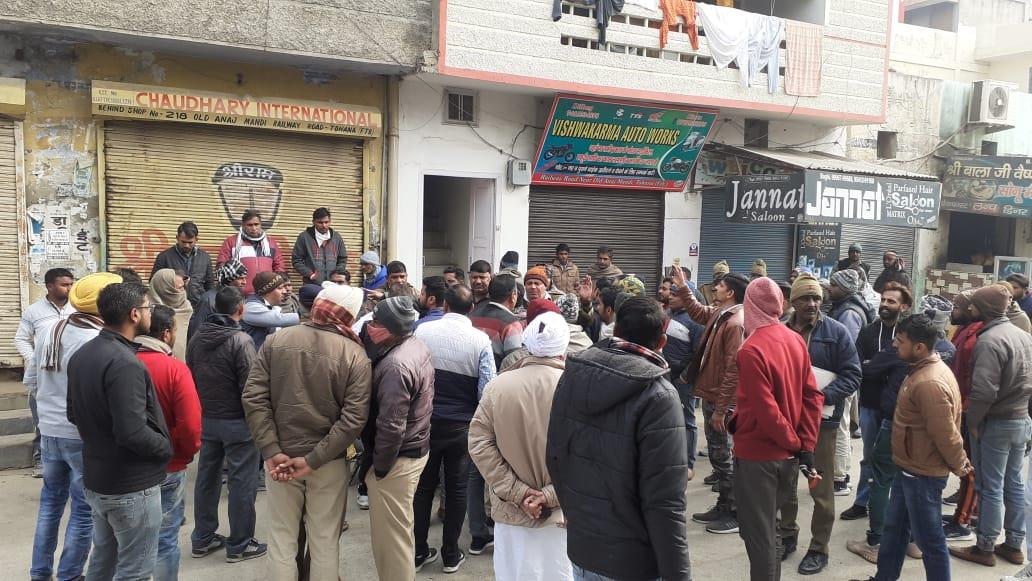 People gather at the spot.

A woman was allegedly shot dead at her house in Tohana town of Fatehabad district on Friday.

Kusum, wife of lawyer Chaman Lal, was shot at her house on Railway Road. She was doing daily chores when a youth entered the house and allegedly shot her in the head.

Rajo Devi, the domestic help, who was present in the house, said she spotted a youth enter the house who opened fire at the woman before fleeing.

Police have rushed to the spot and started investigation.