MBBS student hangs herself in Sonepat 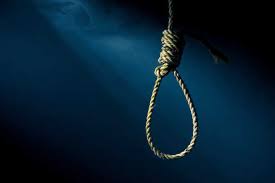 A 22-year-old MBBS first-year student at Bhagat Phool Singh Medical College for Women in Khanpur Kalan reportedly hanged herself at her room in the hostel on Friday.

The deceased was identified as Dimpy of Rohtak’s Kheri Sadh village. She had been staying in hostel number 1 of the medical college.

SHO Shakuntla said the student’s mother had also been staying in her room. She said they came to the hostel two or three days back. As per information, her mother went to bring some eatables from the canteen when Dimpy reportedly hanged herself from a fan using her shawl.

She was reportedly under pressure due to examinations, which were scheduled to start on Saturday.