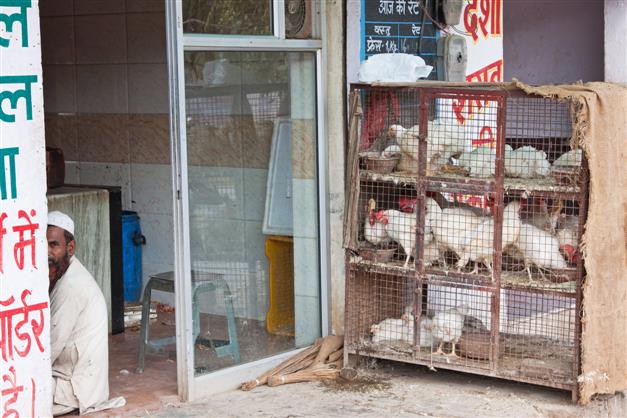 The department of Urban Local Bodies (ULB) has ordered the closure of all meat shops and slaughterhouses under Municipal Corporation Gurugram (MCG) area for nine days from August 24 to September 1 during the Jain festival- ‘Paryushan Parv’. Senior official of MCG said that the ban will not apply on sales of packaged frozen meat at the city’s supermarkets. This is the first time when the ULB ordered all meat shop to shut on this Jain festival.

A letter issued by an executive engineer from the directorate of Urban Local Bodies, Haryana, to all deputy commissioners, commissioners of municipal corporations and executive officers, and secretaries of the municipal councils and committees in Haryana on July 20 stated that the President of SS Jain Mahasabha, Haryana, had informed that Paryushan Parav is being celebrated in the state from August 24 to September 1.

“In this regard, I have been directed by the competent authority to request you that all slaughterhouses and meat shops remain closed during the period of Paryushan Parav,” read the letter.

“We have received an order from the state government, following which we have decided to shut all meat shops in the city from August 24 to September 1. We will soon call a meeting of the shop owners to apprise them of the meat sales ban during Paryushan Parv. Supermarkets will, however, be allowed to sell packaged frozen meat,” said deputy municipal commissioner Vijaypal Yadav.

On the other hand, the meat shop owners in the city said that they would have to suffer huge losses for closing shops for a period of nine days. “Our only source of income is selling meat. The government should think twice before taking such decisions. We already have to keep our shops shut on Tuesdays, in Navratri and now these nine days also added to stop our business. This is not justified for any meat seller,” said Bhure khan, who has a shop in the meat market of Sadar Bazaar.

Mohammad Jamal, another meat shop owner said in this situation they cannot afford even the salary of their staff.

It was on March 18 last year that the MCG House decided to keep the meat shops across the city closed on Tuesdays. The meat shops also remain closed during Navratri festival in city.

“In the compliance of order, our team will conduct surprise check. If any meat shop is found open during this 9-day period, we will not only seal the shop but also issued a challan of Rs 5000,” added Vijaypal Yadav.