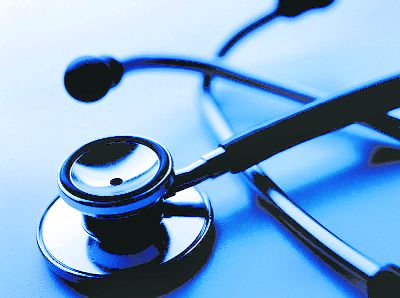 Thousands of Indian students are studying in Ukraine and frantic efforts are now being made to rescue them. But when it comes to international rankings, the institutions in Ukraine are much behind Indian ones.

A look at Times Higher Education World University Rankings 2022 in the subject of medicine and dentistry shows that except for Sumy State University, whose ranking bracket is 501-600, the ranking of the rest of Ukraine’s institutions are beyond 1,200.

Going to Ukraine for medical education is like a backdoor entry into medical profession. The standard there is much poorer. The Indian Got should increase medical seats and course fee should be lesser. —Prof Digambar Behra who retired from PGIMER, Chandigarh

Indian universities like JSS Academy of Higher Education and Research fall in the ranking bracket of 351-400 and Banaras Hindu University (BHU) in 601-800. Also, Jamia Millia Islamia (601-800), Saveetha University (601-800) and Aligarh Muslim University (801-1,000) are also ahead of Ukraine’s institutions.

Dr Punita Hasija, President, Indian Medical Association (Haryana chapter), said, “Our medical colleges both in the government as well as private sector are much better than those in Ukraine, which take in students without entrance test. On their return, such students have to clear a screening test of National Medical Commission (NMC). Many of them take years to pass it.”

She added, “The education is cheaper in Ukraine which drives less meritorious students there. The government must think about lowering MBBS fee here so that students don’t have to go overseas like Ukraine or former USSR states.”

Prof Digambar Behra, who retired from Post-Graduate Institute of Medical Education and Research (PGIMER), Chandigarh, said, “Going to Ukraine for medical education is like a backdoor entry into the medical profession. The standard there is much poorer. The Indian Government should increase medical seats and course fee should be lesser.” Behra is a renowned expert in pulmonary medicine.

However, Somi Anwar, who passed out from Dnipro State Medical University in 2020, differed. “I agree that Ukraine’s institutions are lower in international rankings. But my institution and those in Kiev and Kharkiv are the good ones.”

She added, “I cleared NMC’s test within six months. But my seniors have not been able to clear the test for the past six to eight years. So, it depends on the quality of students too.” Anwar practises in Delhi.

Vice-Chancellor of Pt BD Sharma University of Health Sciences, Prof Anita Saxena, said, “I taught at AIIMS Delhi all my life. I hardly come across students who passed out from Ukraine, Russia or other breakaway states of the USSR as these students wither away at the post-graduate level and are hardly able to compete with Indian medical students.”

“Some colleges in Ukraine and breakaway states of former USSR are good, but many are like shops. They hardly come in contact with patients,” said Dr Paramjit Maan, President, IMA (Punjab chapter).

Former PGIMER Director Prof Jagat Ram, who had once worked as a member of the Medical Council of India which is now known as NMC, said, “Many foreign students clear the screening test of NMC, but some could not. Our medical education system is one of the best. The colleges in Ukraine are not on a par with Indian colleges,” he said.