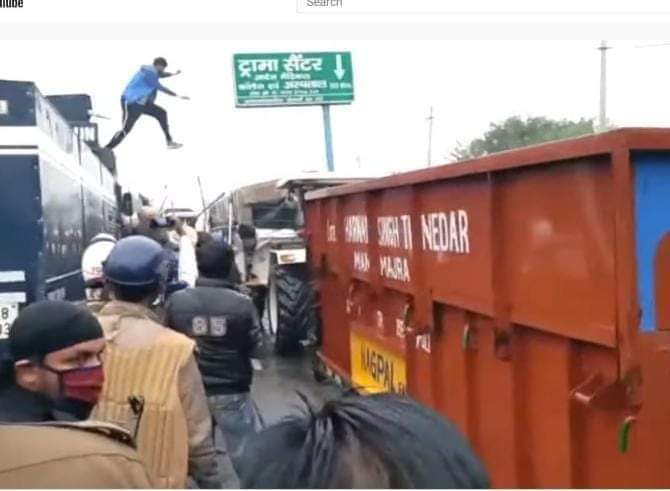 Twenty-six-year-old farmer Navdeep Singh, an 'icon of farmers agitation who managed to climb on a police cannon and turned off the high-velocity water stream direction from protesting farmer, has been charged with an attempt to murder by Haryana Police.

A video depicting his 'daring' act has gone viral on the social media.

The incident took place on November 25 when hundreds of thousands farmers, braving tear gas and water cannons after breaching the massive blockades comprising huge boulders, barbed fence and mounds, were on their onward march to Delhi for a planned protest against new farm laws.

The farmer, Navdeep Singh, has been booked for an attempt to murder along with Bharatiya Kisan Union state President Gurnam Singh Chaduni.

The police have charged them of breaking police barricade and attempting to run over policemen with a tractor-trailer at Parao police station in Ambala district.

After completing graduation from Kurukshetra University in 2015, Navdeep joined the farming with his father, Jai Singh Jalbera, a local farmer activist. IANS