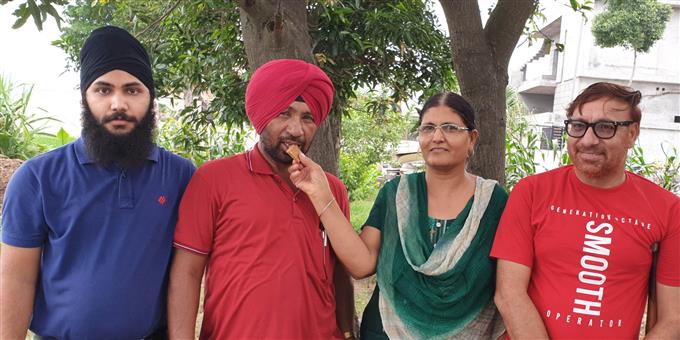 Kin of Navneet Kaur celebrate after her win at the CWG.

Buta Singh, Navneet’s father, said, “We are happy with the performances of the girls and are getting congratulatory messages from everywhere. Navneet scored for the team to register the historic win. We were nervous before the match and Navneet’s mother kept praying throughout the match and didn’t see the match. We just hope that the girl will continue to make the country proud in the upcoming tournaments.”

After winning the match, Navneet talked to her father to share her experience and winning moments.

Navneet said, “We have worked hard for this and we are very happy.” Forward player Navneet was also part of the hockey team when the team narrowly missed Olympics bronze last year.

Buta Singh, an agriculturist by occupation, said, “She started playing when she was just seven-year-old. She has worked very hard. The team is likely to return on August 10 and she will be welcomed like a winner here.”