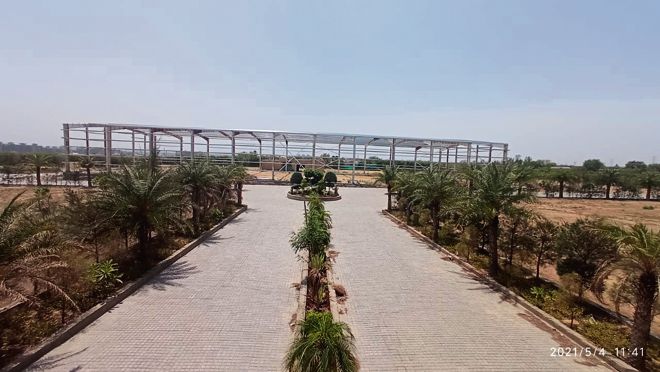 An illegal marriage palace on forestland in Faridabad. Tribune photo

With the Supreme Court ruling that all illegal structures — big or small — on the Aravalli forestland near Khori village will have to be removed, the demolition drive will now focus on farmhouses and banquet halls constructed in an unauthorised manner in the area.

Action against at least 120 such structures had been on hold for many years. Describing the court order as a turning point, a senior official said razing big structures would be challenging as these belonged to influential people who enjoyed political patronage. He said the Khori demolitions had severely hit the land mafia, considered untouchable hitherto. Admitting that over 1,000 acres of land has been encroached upon, Rajkumar, DFO, said action would be taken in compliance with the court order. DC Yashpal Yadav said, “We have already identified illegal structures and will abide by the SC order.”

Jitender Bhadana of NGO Save Aravalli said, “Though the administration had previously launched drives against encroachments, only the boundary walls of some of the big structures were removed.”

He said panchayat land of Lakadpur, Kot, Anangpur, Mewla Maharajpur, Ankhir, and Badkhal villages had been dotted with illegal constructions. Alleging large-scale corruption, he said, “Despite the land being protected under the PLPA Act, farmhouses, marriage palaces restaurants and wine shops have mushroomed in the area.”