NGT forms panel to look into burning of e-waste in Sarurpur : The Tribune India 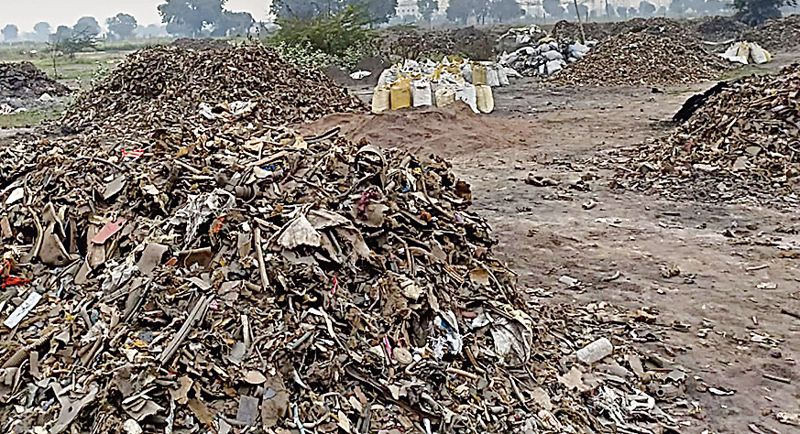 The National Green Tribunal (NGT) has formed a four-member committee to look into the burning of e-waste in the Sarurpur industrial area here. It has directed the committee to submit the report within three months.

“The panel may recommend remedial action for compliance of the statutory rules at the ground level,” says the order delivered on February 4.

The magnitude of pollution is such that not only the visibility is affected, but the health of residents has also been hit. Radhey Shyam of Sarurpur says he is among those residents who have become a victim of the toxic air. He says he is undergoing treatment of his eyes at AIIMS for the past two years.

A population of over one lakh in localities like Nangla, Gonchhi, Sarurpur, Kheri, Ghazipur Qureshipur and Anekpur village have been impacted, he says. The e-waste is burnt in the open at night and the ash is dumped in the open area and landfills. With the local authorities hand in glove, the illegal activity has been going on unabated, it is claimed.

“We have constituted a four-member joint committee, comprising Member Secretary, State PCB, CPCB, Faridabad DC and Faridabad MC Commissioner. The committee may hold its meeting within one month to ascertain the number of units and scale of operation in the area and its vicinity, infrastructure for waste management and specifying the reasons for inaction against the violations, pollution and health hazards and fixing the accountability based on verified facts,’’ says the order.

“The NGT has also ordered all state PCBs to file a status report regarding the operation of the e-waste recycling industries as well as industries causing environmental degradation and health hazard to the CPCB within a month. The matter will be dealt with as per the order,” says Yashpal Yadav, MC Commissioner. —