No end to stray cattle menace in Rohtak : The Tribune India

No end to stray cattle menace in Rohtak 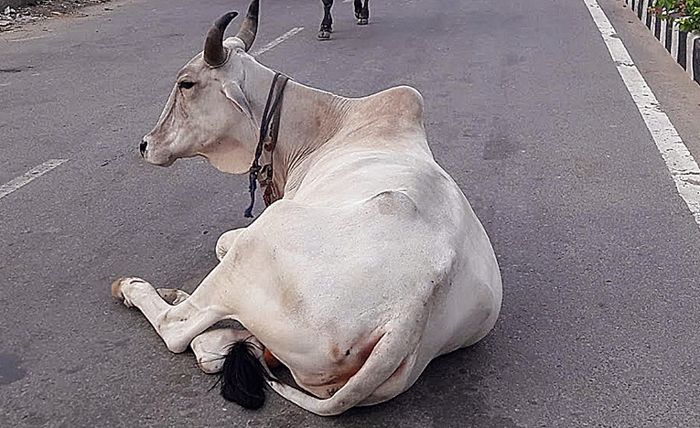 There is no check on stray cattle in Rohtak city. Stray cattle squat on the city roads, causing inconvenience to commuters. They also lead to road mishaps, especially during the night. The issue has been conveyed to the authorities concerned and highlighted by the media repeatedly, but to no avail. Some effective measures must be taken in this regard. —Rajat Kapur, Rohtak

Demand for speed breakers on road

There are literally no speed breakers on the busiest HUDA market road. There is a need to install speed breakers in front of Adarsh Park and the Sector 46 market. Many serious accidents have happened here because cars and bikes freely move at a high speed because of no speed breakers. Moreover, there is a school on the road and it is quite unsafe for kids and passersby. —Anannay, Gurugram

Several roads of Sector 18 of the Haryana Shahri Vikas Pradhikaran (HSVP) in Jagadhri city are dotted with potholes, causing a huge inconvenience to the residents of the area and nearby places. The sector residents have requested the Municipal Corporation authorities to carry out the repair work of the roads several times, but in vain. Big potholes have developed on the roads. Due to the dilapidated condition of the roads, dust keeps flying. The MC authorities need to pay immediate attention to improve the condition of the roads. —Sunil Kumar, Jagadhri