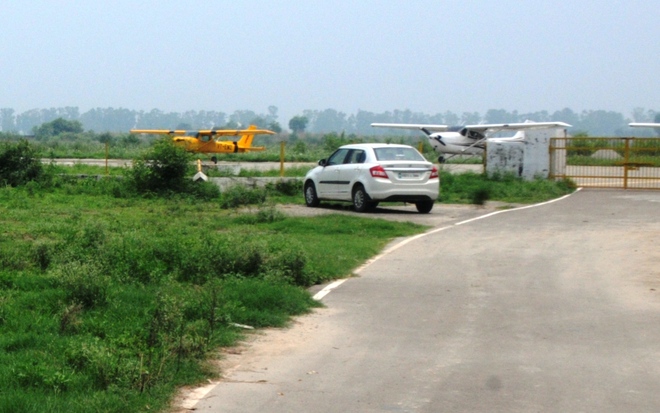 With consent from the majority of farmers for expansion, the high-powered purchase committee headed by Chief Minister Manohar Lal Khattar has given the go-ahead for the expansion and renovation of Karnal Aviation Club.

With it, the airstrip will be expanded to 5,000 feet from the existing 3,000 feet, enabling the majority of small and medium aircraft to land at the aviation club.

DC Nishant Kumar Yadav said a meeting of the stakeholders and owners of the lands was held through video conferencing. As much as 172 acres, 3 kanals, 16 marlas are required for the project. Of that, 106 acres, 6 kanal, 14 marla belong to the state government. The 24 landowners of Kulvehri village, after interacting with the CM through video conferencing, have agreed to voluntarily provide their land –- 38 acres, 5 marla — by uploading their consent on e-Bhoomi portal of the state government.

“Now, a detailed project report (DPR) will be prepared by the Department of Civil Aviation,” the DC added.

Inderpreet Ahuja, one of the farmers who didn’t give permission to give up his land, said that they had already raised questions over the direct purchase policy. He said that instead, the government should acquire land as per the land acquisition Act 2013.