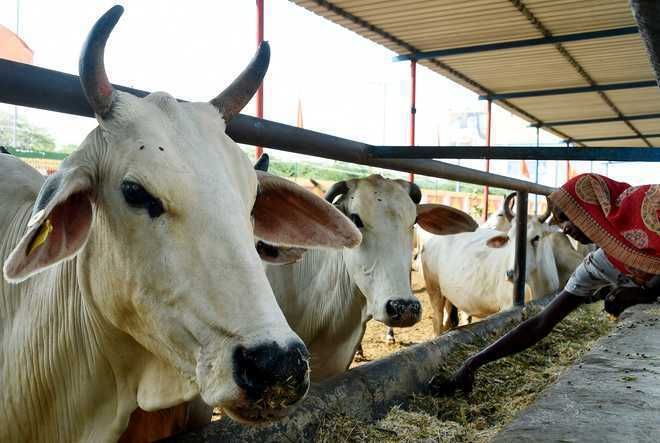 Even as the Nuh police claim to have arrested 300 persons this year for cow smuggling and slaughtering, local MLAs have alleged that people were being terrorised and even teenagers were not being spared.

Mamman Khan, a Congress legislator from Ferozepur Jhirka in Nuh district, has alleged blatant misuse of law. “They (police) are terrorising people, stopping their vehicles, barging into their homes and even taking away teenage boys. They should make public the names of all those arrested along with the charges.” Mamman had yesterday complained to the police alleging a threat from cow vigilantes. Nuh MLA and Congress leader Aftab Ahmed said, “We respect the law of the land, but humiliation and harassment in its name are unacceptable. The police are harassing people without proper warrants and also patronising cow vigilantes, who have spread terror in the entire district. The Chief Minister needs to step in.”

The police, on the other hand, have claimed a major success in their fight against cow smuggling and slaughtering in Nuh. “We have arrested 300 persons this year. It has been possible due to continuous raids in and around 91 villages. Some arrests have been made in over 10-year-old cases. As many as 308 accused, including 80 proclaimed offenders, are still on the run,” a police official said.

Nuh SP Varun Singla said the police had started a campaign after identifying the 91 villages where cow smuggling and slaughtering used to be conventional means of livelihood for the residents. “Two dedicated teams have worked for months to spread awareness among people and to hunt down criminals,” said Singla while talking to The Tribune. He refuted harassment allegations, saying all their actions were as per law.