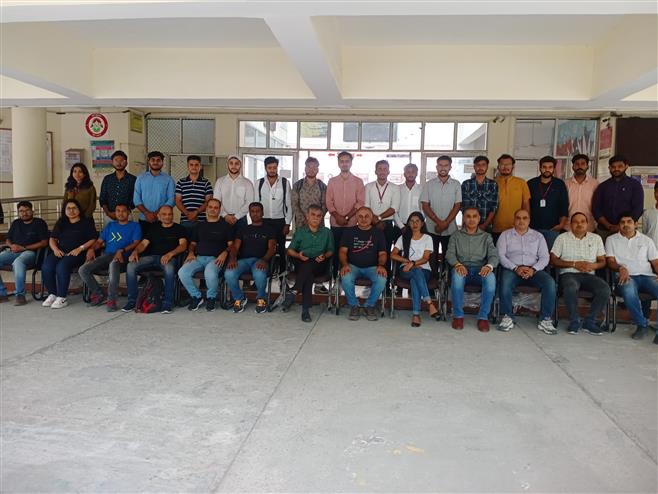 Kurukshetra: An on-campus placement drive was conducted at UIET, Kurukshetra University for BTech students pursuing ECE and CSE courses. The students of Guru Jambeshwar University, Hisar and State Institute of Engineering and Technology, Nilokheri also participated in the drive. After clearing an online test and technical interview round, 64 students were shortlisted, out of which 20 got placed with the salary pacakage of Rs 8 lakh per annum.

Gurugram: A seminar was organised under the joint aegis of Gurugram University and BJP intellectual cell. The book, “Modi@20: Dreams Meet Delivery” that talks about Prime Minister Modi's successful tenure as the Chief Minister and the Prime Minister, was discussed at the seminar. The conference was attended by BJP state president, Omprakash Dhankar, as the chief guest and Dr Ajay Mathur, director-general, International Solar Alliance as the keynote speaker. Vice-Chancellor Prof Dinesh Kumar presided over the event.

Faridabad: In order to enhance the quality of research and encourage young scholars to pursue doctoral research in the latest technologies, JC Bose University of Science and Technology, YMCA, has introduced MOB Research Fellowship (MRF). It will be funded by the university’s alumni association, YMCA MOB. Vice-Chancellor Prof Sushil Kumar Tomar said providing a favourable ecosystem for innovative research is the prime objective of the university.