Paddy procured from UP seized 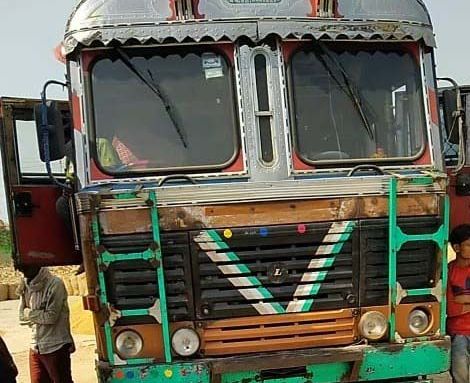 A seized truck at the Karnal grain market on Friday.

The district administration has seized three trucks loaded with around 650 quintal of paddy, allegedly procured from UP, at Karnal grain market on Friday.

An FIR has been registered against the truck drivers as they did not have any record of the crop. It was also not registered on Meri Fasal Mera Byora portal and no gate pass was issued for the transportation of paddy from e-kharid portal, due to which the licence of the commission agent has been suspended by the market committee secretary.

As per the information, SDM Ayush Sinha was on inspection of the grain market and found three trucks loaded with paddy being unloaded outside a shop of a commission agent.

When he enquired, the truck drivers could not produce any document and told the SDM that they had come from Shahjanpur.

SDM Sinha said only those farmers, who had got gate passes and the crops of whom were registered on the department’s portal, could sell their produce freely in the grain market. “I have also instructed to determine the involvement of other employees involved in the nexus and notices will be issued to them,” said the SDM.

“The trucks entered in the grain market illegally. The paddy was not registered on portal and thus the licence of the Sona Traders was suspended,” said Karnal Market Committee secretary Sunder Singh Kamboj.