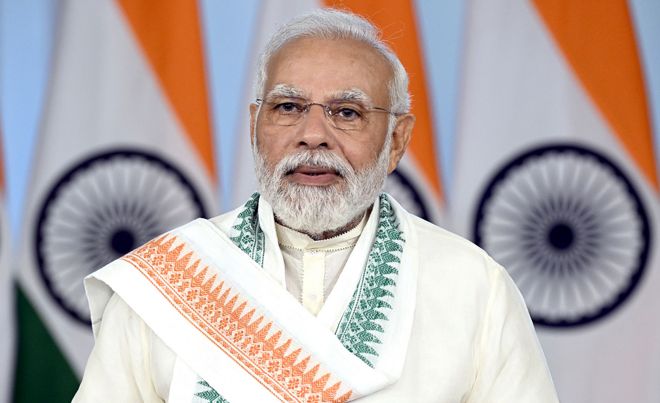 Prime Minister Narendra Modi today dedicated to the nation India’s first second-generation (2G) ethanol plant and said it would go a long way in curbing pollution in the NCR and raising farm income.

PM Modi said the plant, worth about Rs 900 crore, would save greenhouse gas emissions equivalent to 3 lakh metric tonnes in a year. “In simpler terms, it will be equivalent to taking 61,000 cars off the road annually,” he said, addressing the event through video-conference.

Based on ‘Infinity’ technology developed by private firm Praj Industries Limited, the project is a major leap towards fulfilling the Centre’s vision of Atmanirbhar Bharat.

Pollution-causing stubble will be used to produce ethanol.... The initiative will increase the income of farmers. —PM

“This is just the beginning as ethanol plants will be set up in different parts of the country. Pollution-causing stubble will be used to produce ethanol.... It will also increase the income of farmers,” said the PM. With the opening of the plant, he said, India had entered the select club of nations, including Brazil and the US, which had achieved the ethanol target. “The Panipat plant will be the largest in Asia,” the PM said at the event, which coincided with the World Biofuels Day.

The PM said the plant was important not only for the Haryana farmers, but the entire country. “Haryana will play a vital role in curbing pollution in the NCR.... The state farmers will display on their fields energy similar to that shown by Haryana players in the Commonwealth Games,” he said. The plant has been set up at Indian Oil Corporation refinery in Panipat.