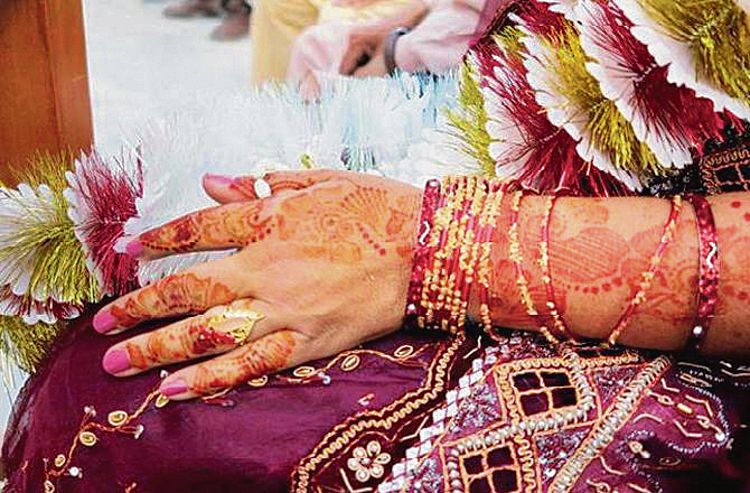 Apprehensive of love marriages, residents of rural and semi-urban areas in Rohtak and nearby districts of Haryana try to marry off their minor daughters.

According to sociologists, girls are associated with family honour in Haryana’s patriarchal society and most of the local residents do not approve of love marriages.

“A majority of parents consider girls as their responsibility and try to marry them as soon as possible lest they have a love affair, elope with or marry a boy of their choice,” says Karminder Kaur, Protection-cum-Child Marriage Prohibition Officer, Rohtak.

The officer points out that they have received at least 15 complaints regarding child marriages in the district since April 1, 2019, of which 12 were found true and the marriages were prevented with timely intervention.

While most of the complaints were against parents trying to marry off their minor daughters, a few of them pertained to proposed marriages of underage boys.

“Owing to the skewed gender ratio in the region, residents of rural areas try to marry their sons even before they attain the marriageable age, fearing that they may not get suitable brides after a few years,” notes Dr Neerja Ahlawat, a noted sociologist.

Dr Ahlawat observes that the disintegration of joint families in villages has led to underage marriages, adding that in many cases the girls’ parents want to save money on their marriages, taking advantage of the restrictions imposed in view of the Covid-19 lockdown.

“Earlier, when the joint family culture was prevalent in villages, unmarried men were looked after by their families. However, with the advent of nuclear families, there is nobody to look after such bachelors and hence parents want to ensure that all their sons get married,” adds the sociologist.