Passenger train services resume on Rohtak-Delhi track after a year

Eight trains run on the track on the first day 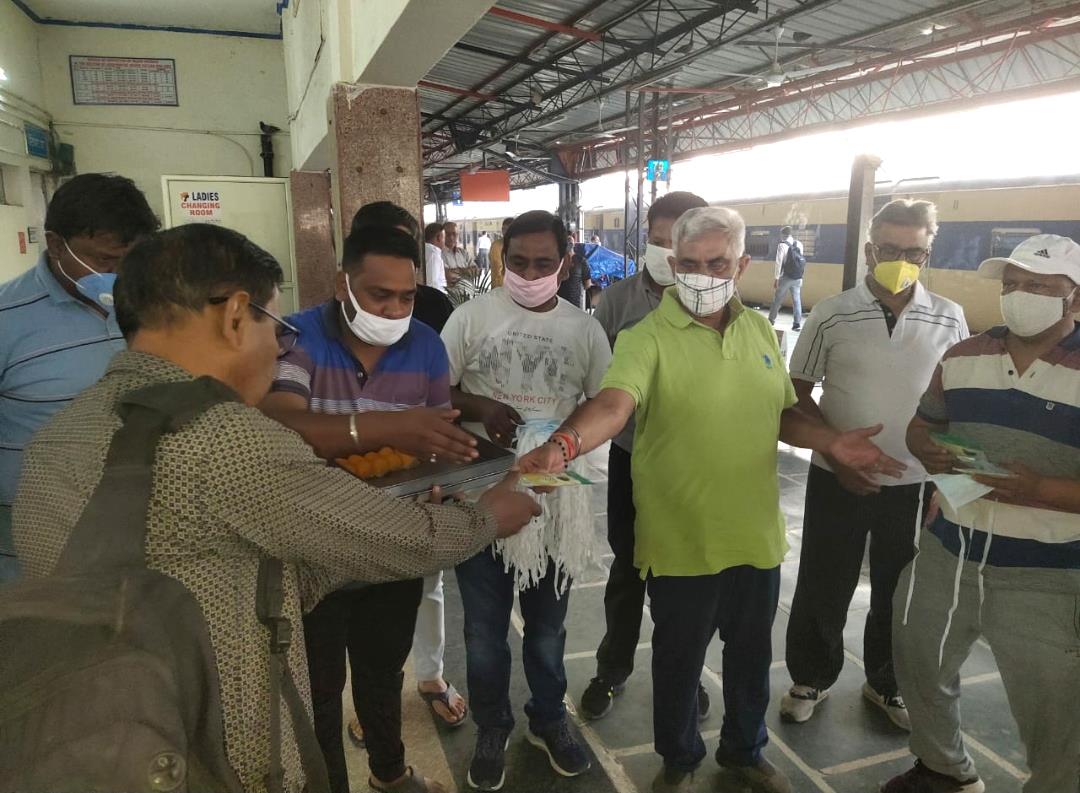 Thousands of local people who daily go to Delhi and surrounding areas in connection with their jobs and business purposes heaved a sigh of relief on Monday with the Railway authorities restoring the operation of eight passengers’ trains (four up and four down) on the Rohtak-Delhi track after a year.

Though the number of passengers was fewer on the first day, happiness was writ large on their faces. They followed Covid safety protocols by wearing masks and maintaining social distancing. The railway authorities, too, kept a close tab on the passengers to ensure strict compliance of standard operating procedures.

Former minister Manish Kumar Grover reached the railway station in the morning and welcomed the passengers. He also distributed sweets, masks and sanitisers among them stating that precaution was the only way to defeat the Covid infection.

“Rail commuters had been facing a lot of inconvenience in reaching Delhi by bus which left us in Bahadurgarh town following the blockade by protesting farmers at Tikri border. Then, we had to either use metro trains or hire private cabs to enter Delhi. Now, we will be able to reach the destination comfortably as the rail track is open,” said Satbir Sharma, a commuter.

Jitender Bhardwaj, another passenger, said everyone had been waiting for resumption of train services for a long time. “It will not only benefit the passengers but also prove useful in revival of the business of vendors and nearby shops, which hugely depend upon the rail services,” he added.

“First passenger train left for Delhi from Rohtak at 4:15 am today. Thereafter, other trains left at 7:05 am, 7:30 am and 4:05 pm. Similarly, four trains reached Rohtak from Delhi at 9:40 am, 3:40 pm, 6:40 pm,” said Balbir Rathi, Traffic Inspector (Railway), adding that the number of passengers was likely to rise in coming days and they can buy ticket from the window at a time.