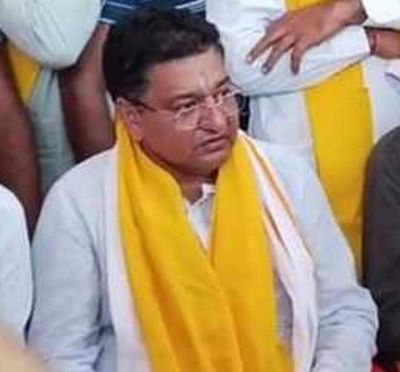 Pawan Beniwal’s switchover from the BJP to Congress is an apparent setback to the BJP in Ellenabad ahead of the impending byelection.

Beniwal had given a tough contest to INLD leader Abhay Chautala in the 2019 Assembly poll as the BJP candidate.

PM Narendra Modi had also addressed a rally in Ellenabad to brighten his poll prospects.

However, his decision to join the Congress is considered significant in view of the impending bypoll in Ellababad after sitting MLA Abhay Chautala’s resignation in support of the farmers’ stir.

State Congress chief Kumari Selja has tried to showcase the joining event as significant by taking Beniwal along with two other entrants to the Congress, Ashok Goel and Harwinder Singh, to the AICC headquarters in Delhi.

Political experts, however, said Beniwal’s entry into the Congress, too, was likely to remain tricky. While ex-MLA Bharat Beniwal, who was the Congress candidate in 2019, is already vying for the party ticket for the bypoll, Pawan too is a strong claimant now.

“Obviously both will lobby with the rival factions within the Congress for ticket. Pawan’s loyalty is obvious after Selja as she has inducted him into the party fold. It’s unlikely that they will join hands, it could trigger tussle within the party whenever the bypoll is announced,” said a local political activist.

Tricky for Congress too?

Political experts said Pawan Beniwal’s entry into the Congress, too, was likely to be tricky. While ex-MLA Bharat Beniwal, who was the Cong candidate in 2019, is already vying for the party ticket for the bypoll, Pawan too is a strong claimant now. Since both are arch-rivals in Ellenabad, it will add to the problems of the Congress to bring them on one stage during the bypoll