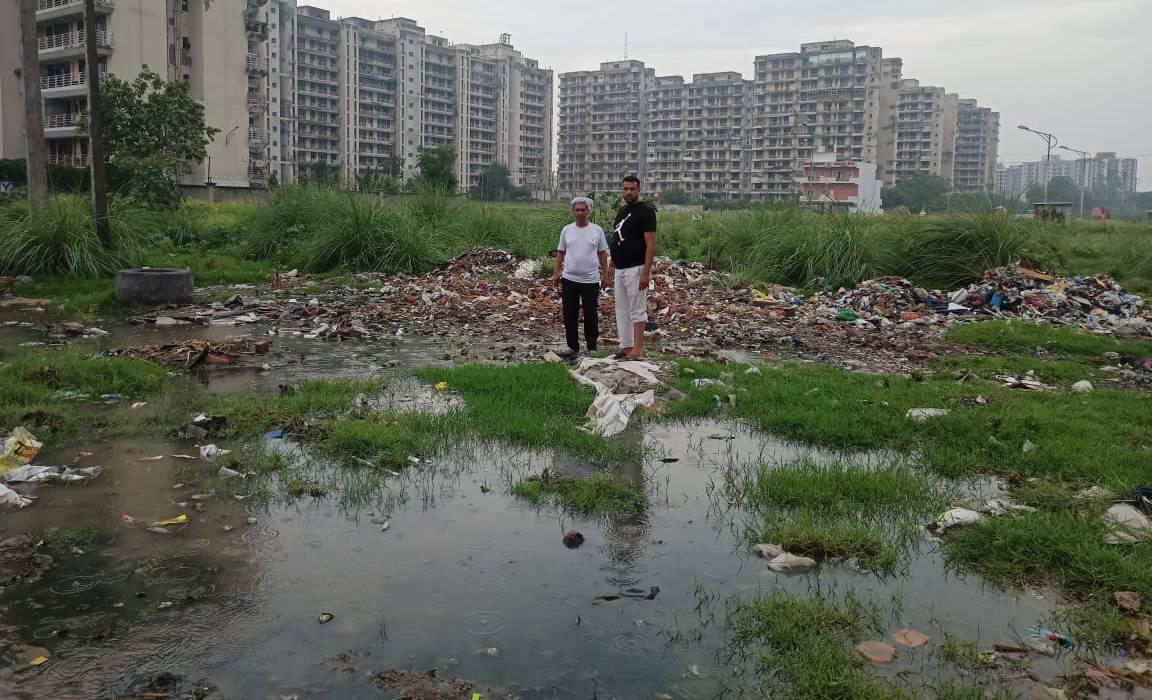 Heaps of garbage and stagnant water near housing complexes in Sonepat. Tribune photo

The National Green Tribunal (NGT) has imposed an environmental compensation (EC) of Rs 153.66 crore on four builders for violating environmental norms and not complying with the solid waste management (SWM) rules at their six projects in the Kundli area of Sonepat.

Several groups have constructed housing complexes here, but there is no proper system for sewage disposal. Members, Kisan Uday Samiti

The tribunal has ordered that the environmental compensation be deposited with the Haryana State Pollution Control Board (HSPCB) in three months.

The Kisan Uday Samiti, Sonepat, a registered society of the residents of Nangal Kalan, Patla, Aterna, Rasoi and Badh Malik villages, had filed an application before the NGT alleging violation of environmental norms by not providing proper sewerage and sanitation system in housing societies in Sectors 58 to 64 at Kundli.

The samiti alleged that several groups had constructed housing complexes there, but there was no appropriate infrastructure and sanitation facility for the disposal of sewage and waste water. The villagers said the builders collected waste in tanks and safety tanks, and then poured it in the open near Nangal Kalan village, causing severe pollution in the area.

Following the complaint, the HSPCB, on the directions of the NGT, conducted a survey and found severe violation of pollution norms.

Following the orders of the NGT, a joint committee of the Central Pollution Control Board (CPCB), IIT-Delhi and the Ministry of Environment Forest & Climate Change (MoEF&CC), assessed the issue and proposed to impose Rs 77 crore as EC on six builders and developers on April 12, 2022.

The NGT also ordered that the amount be utilised for rejuvenation and restoration of environment in the area. A plan should be prepared within three months and executed within six months from the date of deposit of environmental compensation by the companies, it said.