Phase II of aviation hub in Hisar gets green nod 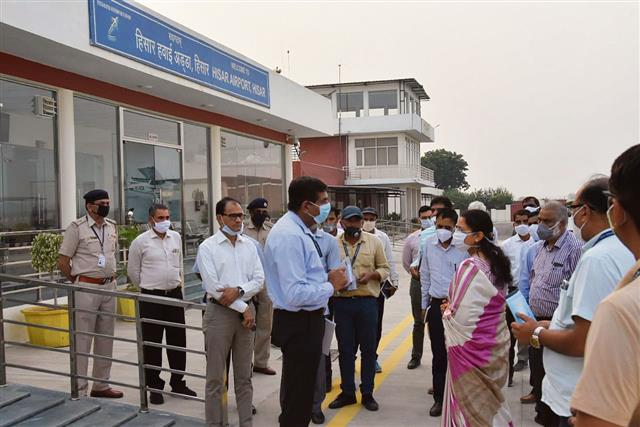 After getting an environmental clearance from the Union Environment and Forest Ministry, the state government is set to start the second phase of the ambitious aviation hub project here.

The “bhoomi poojan” of the project scheduled for October 27 will mark the first year of the BJP-JJP government in office.

Deputy Chief Minister Dushyant Chautala said the aviation hub would be a milestone for not only the region, but also for the entire state. “The airstrip will be extended during the second phase. Besides, a taxi way, a taxi stand, parking space for planes, and terminal and air traffic control system will be constructed.”

District officials said the state government was considering developing the Hisar aviation hub into an international Aerotropolis Project and Special Economic Zone (SEZ). Local MLA Kamal Gupta has submitted a proposal in this regard to Chief Minister Manohar Lal Khattar, who has discussed the proposal with senior officials, including Additional Chief Secretary AK Singh.

The officials have drawn a proposal of an SEZ in Hisar as 17,300 acres is available in and adjoining areas of the town.

The MLA said there was a proposal of an integrated manufacturing cluster, a defence equipment manufacturing unit, an aircraft manufacturing and maintenance, repair and overhauling (MRO), a bulk pharma park, a medical hub, a media and film city, an agriculture export hub, a free trade zone, a knowledge-cum-techno park and an industry-led R&D unit.