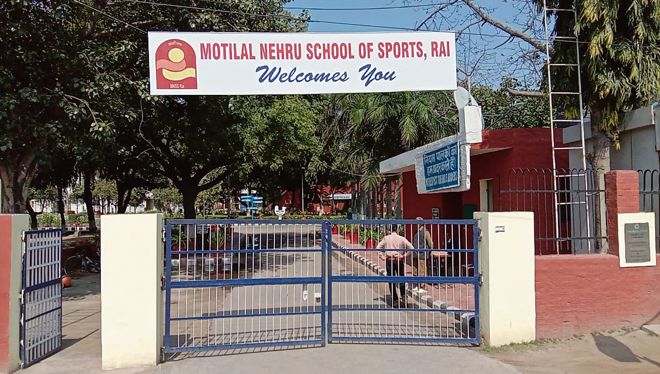 The Motilal Nehru Sports School at Rai in Sonepat.

The government has, meanwhile, given the additional charge of the Principal-Director of the MNSS Rai to the Director Sports and Youth Welfare.

Following this, Pankaj Nain, Director Sports, took charge of Principal-Director of the MNSS, Rai, in addition to his present duties on Thursday.

The state government had appointed Col Ashok Mor (retd) as the Principal-Director of the lone sports school of the state, MNSS, Rai, which is spread in around 300 acres, around a year ago. The Chief Minister Manohar Lal Khattar had also announced to develop the school as a sports university of the state.

Sources said an accounts officer in the MNSS Rai had raised allegations of financial irregularities committed by the Principal-Director and reported these to the government.

It was alleged that the Principal-Director Ashok Mor had outsourced more than 200 employees without the approval of the appropriate authorities from September to December 2021. The government had banned the outsourcing of manpower in September 2021, but he outsourced the manpower on his own.

The sources said that a proposal of outsourcing the manpower sent by him was also cancelled by the higher authorities.

Due to an unapproved appointment, the budget of the MNSS Rai rose and Rs 92 lakh excess payment per month was made, the sources added.

Following the complaint, CM ML Khattar ordered a high-level inquiry into the matter. Meanwhile, Col Ashok Mor (retd) refuted the allegations and said, being a government employee, he couldn’t make any statement to the press at this stage.