Ravana 'stands tall' at 125-ft at Barara ground this Dasehra : The Tribune India 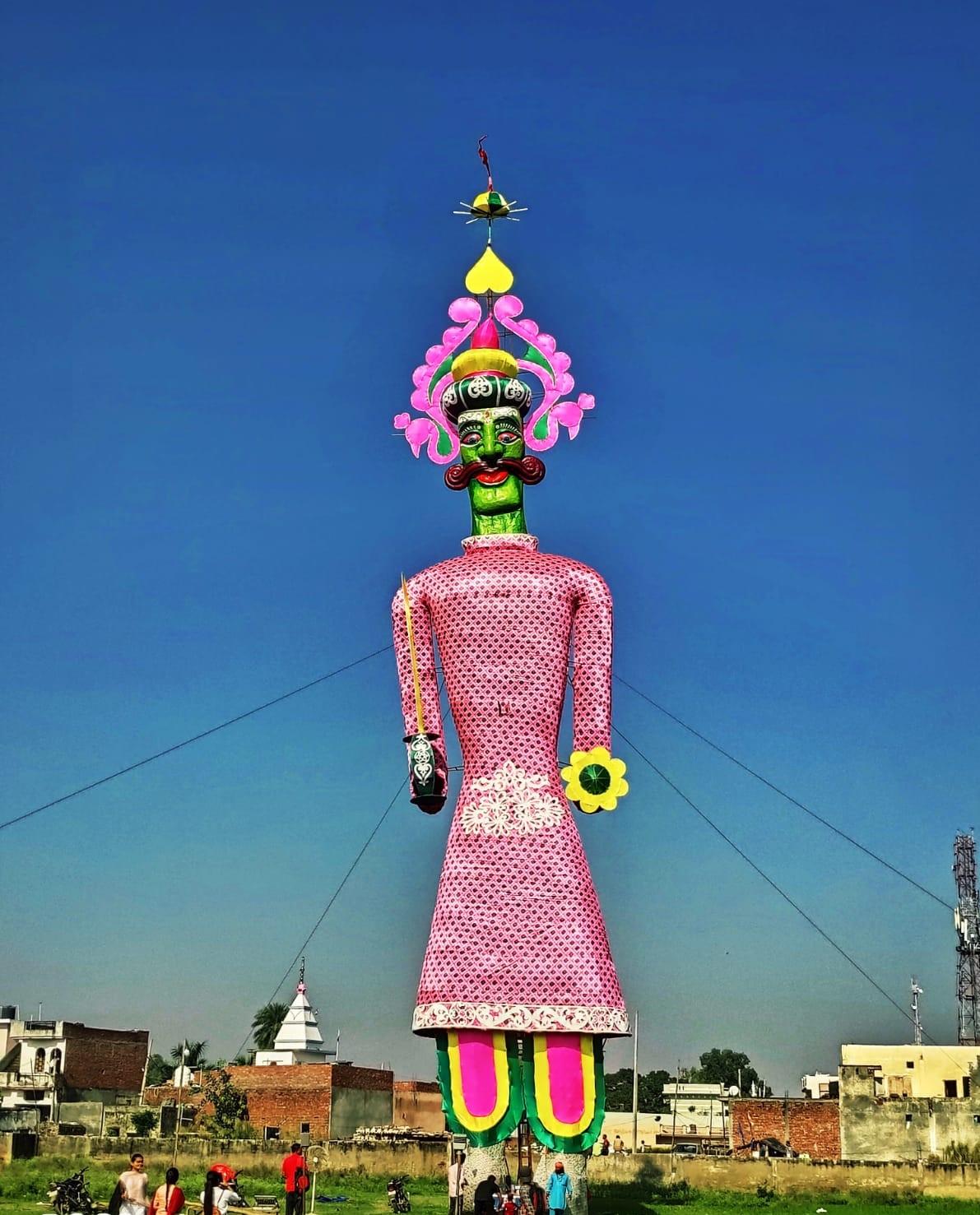 The effigy of Ravana in Barara of Ambala District.

With the installation of a 125-ft-tall effigy at a cost of Rs 13 lakh of demon Ravana, Barara is all set to hold a two-day Dasehra festival Tuesday onwards.

However, the residents are disappointed as Barara used to be famous for installing the tallest effigies during Dasehra and celebrating a five-day long festival, but it has become a thing of the past.

In 2018, due to space constraints, the festival venue was shifted to Panchkula and then to Chandigarh the following year. In the year 2020, during the pandemic, there were no celebrations, and last year, in 2021, Shri Ramlila Club (SRC) provided its services for erecting a 100-ft effigy in Barara. In 2019, a 221-ft tall effigy was prepared.

This year, the club along with the Rashtriya Jagran Manch Trust (RJMT) and social workers has joined hands to organise the two-day event in Barara. Amarinder Singh, founder of the trust, said, “Barara Dasehra festival used to be a matter of pride for the locals Ravana’s effigy used to attract a huge crowd from the neighbouring states, but due to space constraints, the festival venue was shifted. The effigy was erected on Sunday evening and it took over 6 hours to do so. People have already started visiting the effigy installation. We are not sure if we would be able to erect even a 125-ft effigy next year because of the constraints.”

Tajinder Chauhan, president of SRC, said, “There was a plan to organise a three-day event but due to the recent rains the ground was not ready for it, so, we decided to organise a cultural event on Tuesday where a Punjabi Sufi singer will perform and planned the main celebrations for Wednesday.”

“The cost of raw material used in the preparation of the effigy, including bamboo, cloth, fiberglass, welding rods, and twine has increased, therefore, the Ravana effigy is twice more expensive than it used to be.