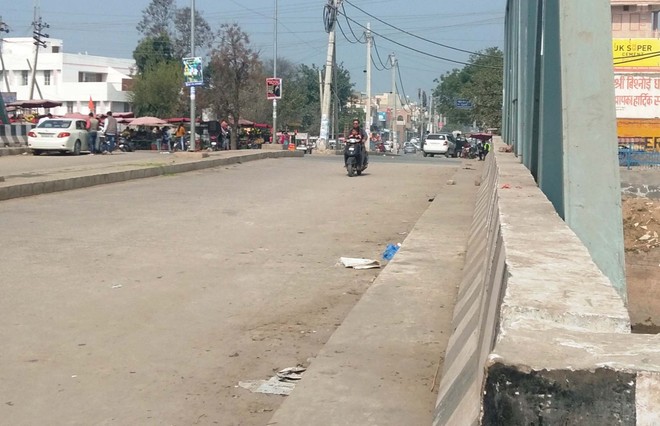 ON January 12, my letter was published in the columns of The Tribune with the heading ‘Remove rehri vendors from bridge in Tohana’. The authorities concerned took note of the problem and have removed the encroachment by rehri vendors from the Bhakra canal bridge on the Railway road in Tohana. This action was an impact of the letter published in The Tribune and the people are thankful to the newspaper and the civil administration for it. — Virender Tehri, Tohana

I want to draw the attention of the authorities concerned to the non-delivery of monthly water bills to residents of Sector 6, Panchkula. It's been four months now that the regular bills have not been issued. The officials concerned say that earlier the bill-issuing activity was outsourced, which has been discontinued and now the regular staff will handle the work. Due to the paucity of staff and there is every likelihood of receipt of incorrect water bills issued in haste by it. Earlier also, The Tribune had highlighted the issue of exorbitant and incorrect water supply bills. The department needs to set its house in order to resolve the lingering problem of water bills. — Rakesh Jolly, Panchkula

ThE Mahila Ashram Complex is a centrally located market behind the old bus stand in Karnal. Despite its location, it happens to be a neglected area over the years. Waste is seen thrown openly in the vacant land, especially near Indian Bank. Bank customers and officials often rue about the stink generated. Also, they are usually concerned about the safety of their cash and belongings because of the nuisance created by illegal private vehicles plying as taxis parked in this area. It is high time the district administration pays attention to the development of this market. — Sandeep Chaudhri, Karnal

After the formation of Haryana in 1966, Kurukshetra University(KU) became the sole university in Haryana to cater to the needs of college-level education. With the passing of time, this university became a pioneer university all over the world and its alumni have achieved excellence in different spheres of life, which is a matter of great pride. But the old and established university has not been provided necessary funds by government due to which during the last two years, salary of staff and pensions of retired employees are seldom paid on time. The Haryana Government should provide funds to this old university regularly so that its employees and pensioners are not inconvenienced. — RL Bansal, Kurukshetra