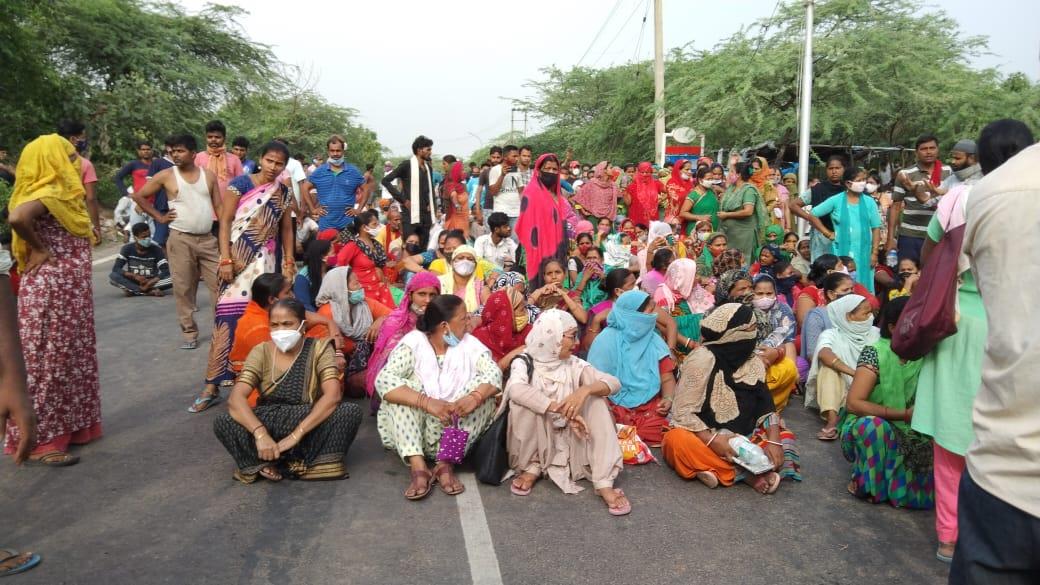 Protesting against the impending demolition drive, hundreds of residents of the Khori Village Basti staged a demonstration in the Surajkund area of Faridabad on Friday, seeking rehabilitation before the removal of their houses from the colony.

Claiming that six persons have been rounded up by the police, Sarina Sarkar, a resident, said that the police officials have asked the protestors to meet the DC to submit a memorandum stating their grievances.

Meanwhile, Garima Mittal, Commissioner, Municipal Corporation Faridabad (MCF) said that a public announcement was being made asking the residents to vacate the colony as the demolition drive will be taken out soon in compliance with the Supreme Court order.

Though no date of demolition has been announced publicly, it is revealed that it is expected anytime next week. The colony has around 10,000 houses with a population of about 50,000.