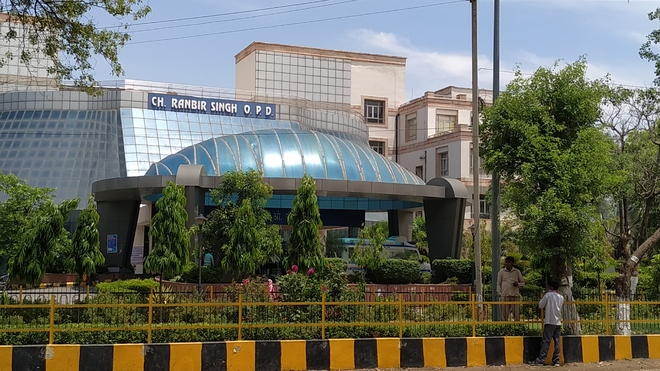 The PGIMS authorities here have, following an inquiry, recommended police proceedings against a resident doctor allegedly also found working for the National Boxing Academy (NBA) in violation of norms.

The hospital authorities have recommended criminal investigation by the police citing alleged irregularities, misappropriation of funds, misrepresentation and concealments of facts, criminal conspiracy and forgery by the doctor, Gaurav Nandal.

The inquiry, conducted by the Deputy Medical Superintendent (DMS), found that Dr Nandal, a PG student at Orthopaedic Department, also went on foreign tours along with boxing teams several times without obtaining permission from the PGIMS authorities. Even during his foreign visits, his attendance was allegedly marked present in the hospital record.

The tour expenses, including boarding and lodging, were borne by the NBA. The doctor also received $25 per day as pocket money allowance during the tours.

“Dr Gaurav Nandal joined as resident, PG (Ortho), at the PGIMS in May 2017 and has been getting stipend regularly since his joining. He is also serving as visiting faculty at SAI, NBA, Rohtak, since April 2018. Dr Gaurav received honorarium from the NBA till March 2020. During the time span, he visited abroad three-four times along with boxing teams,” said Dr Sandeep, DMS, in his inquiry report.

The inquiry stated that Dr Gaurav worked at two different oranisations at the same time. As many facts against the accused were of criminal nature, these required criminal investigation by the police, it added.

“We will take action against Dr Gaurav Nandal as per the opinion of the legal cell,” Yadav told The Tribune.

Dr Gaurav did not respond to phone calls. Even SMSes and WhatsApp message sent to him remained unanswered.