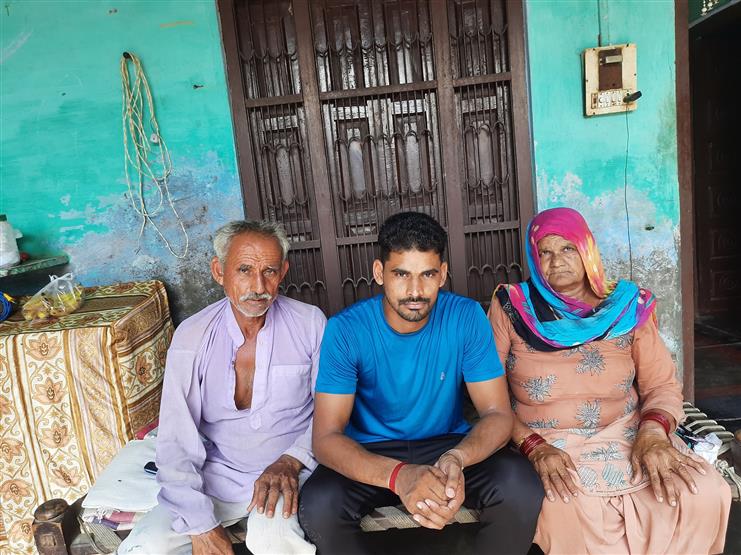 Kuldeep of Assan village in Rohtak district with his parents. Tribune file photo

Finally, Kuldeep of Assan village in Rohtak district, who had been struggling to get out of the shadow of the Sonepat sisters’ case even after being discharged by two courts, has joined the Haryana Armed Police (HAP) at Madhuban.

Kuldeep, one of the three youths of Assan named in the case, had cleared the Group D Services exam and got a letter of appointment with HAP at Madhuban, but his joining had been stalled because of the case.

This, despite the fact that the allegations of molestation levelled against Kuldeep and the other youths had been found untrue and they were discharged by the courts of Additional Chief Judicial Magistrate as well as Additional Sessions Judge.

A news report highlighting the matter was published in these columns recently.

Following that, Kuldeep was called to join duty at Madhuban and he joined last evening.

“I am thankful to the state government, the authorities concerned at HAP Madhuban and The Tribune for supporting me in the dark period,” Kuldeep said after joining his duty.

Kuldeep’s father Balbir and mother Shakuntala also expressed satisfaction and gratitude. “We are happy that eventually, our prayers have been answered,” they said.