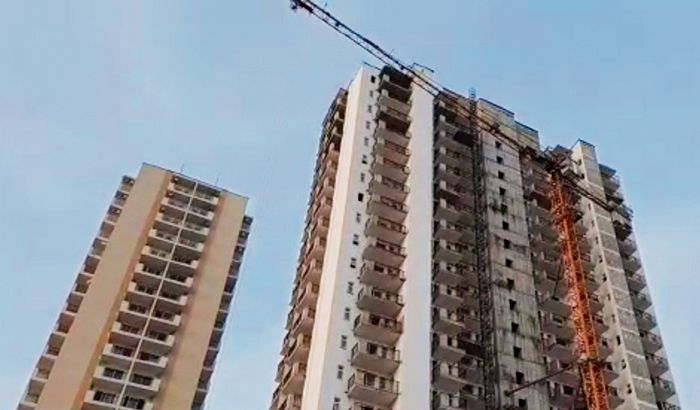 Finding major safety lapses at the ongoing construction site of Emaar Palm Hills, Sector 77, here, the Haryana Labour Department has prohibited any further construction at the site. The decision came in the wake of a recent inspection by department officials, who found major anomalies.

A special committee formed by the local administration is still investigating the matter, but has recommended a compensation of over Rs 15 lakh for next of kin of each deceased. Four construction workers had died on Tuesday after falling from the 17th floor of the Emaar project.

According to an order issued by the department, a visit to the site revealed that the working platform was unsafe and inadequate. A toe board of adequate strength had not been provided on the platform at that height. There were no guard rails to prevent any incident of fall. Building material was kept on scaffold, endangering its stability.

The inspection revealed lack of any measures to avoid displacement and use of cardboards rather than sole plates. There were a plethora of other issues such as open ducts, plumbing pits and electrical wires, which made the site unsafe for workers. “Keeping in view the lapses and exercising powers under the Haryana Building and Other Construction Workers Act, 1996, we prohibit any construction at the site,” read the order.