Police say no one injured in the incident 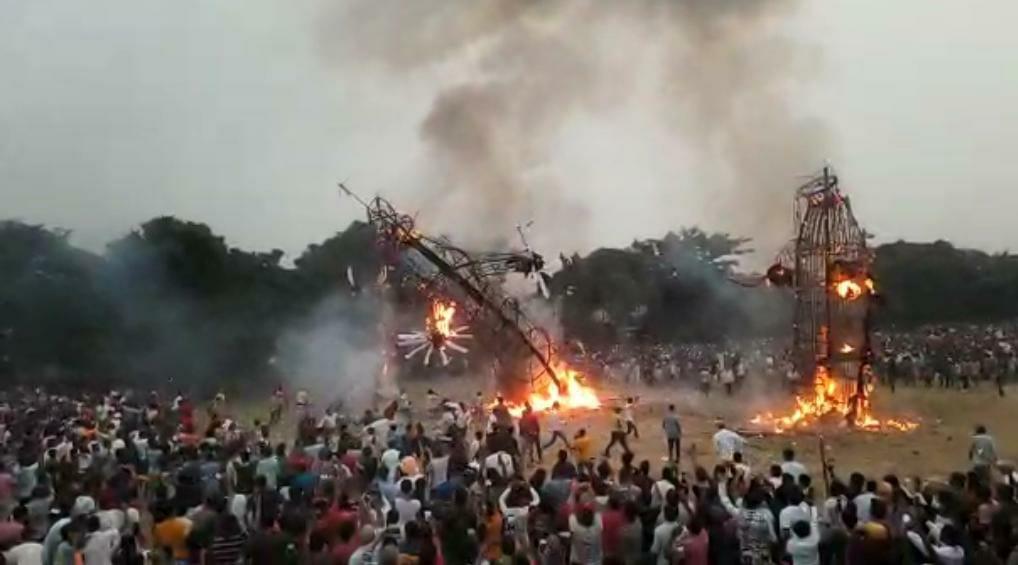 Several people had a narrow escape during a Dussehra event in Haryana’s Yamunanagar on Wednesday when a burning effigy of Ravana fell while they were trying to go near it.

Police said no one was injured in the incident.

Yamunanagar Superintendent of Police Mohit Handa said some people were trying to go near the burning effigy but police personnel present there pushed them back.

Asked whether the effigy fell on any of the spectators, the SP said it did not.

It may appear that the burning effigy fell on some people but it was not the case, said the SP while referring to a video clip of the incident doing the rounds on social media.

“We have checked in hospitals and police personnel were also present on the spot. There was no injury to anyone,” he said.

Effigies of demon king Ravana, his son Meghnad and brother Kumbhakaran are set on fire on the occasion of Dussehra to celebrate the victory of good over evil.