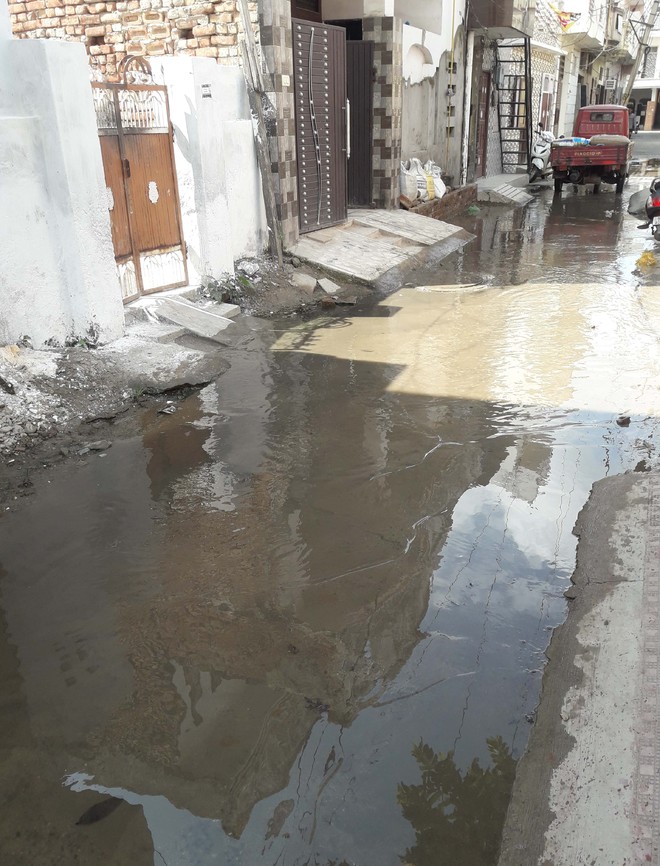 We are residing in Ward 13, Sikka Colony, Sher Wali Gali, Near Gujaria Hospital, Sonipat, and there is continuously overflowing of sewage water for the past one month. The sewage water flows all over the street and emanates foul smell. The place becomes breeding ground for mosquitoes. Right now, we are living in unhygienic conditions. I have made several complaints to the Public Health Department but no one has taken note of it so far. I would request the authorities concerned to take necessary action and find a permanent solution to this perennial problem. Ankush, Sonepat

Mc should penalise a dog owner for not clearing the poop his canine deposits on a sidewalk - a rampant practice that has vexed morning walkers and other road users for long. There should be signs warning the owners who are letting their dogs poop on the sides of the road and leaving it there. Action by the MC is required to deter dog walkers from allowing pets to use public places as their toilet. Suksham, Panchkula

Get main road in Jind metalled at the earliest

The main road in the heart of Jind which is the hub of business here is not metalled, people commuting here have lots of problems. This district has always been the political capital of the state. In the past 54 years, the district as a whole has remained financially, industrially and educationally backward . There are no education, health and entertainment facilities. The authorities should look into the problem and develop the district as any other district in the state.

It is very shocking to note that residents residing in societies are facing problems due to unreasonable actions taken by builders after giving possession to residents' associations. They take maintenance charges which are very high. But they are not providing the required facilities which are given in the broachers. Now, the residents of Sector 102, IMMAR, are facing problems. The authorities concerned must take action.

The local administration and Animal Husbandry Department's officials should initiate trying night glow radium strips on the horns of stray cattle and glow bells on the necks of stray dogs/animals to ensure long-distance visibility as lakhs of such animals are roaming on city roads. The same will prevent collision with vehicles during foggy weather and help in eradicating the menace. The administration should also ear-tag or insert chip in such animals foridentification, vaccination and GPS tracking purpose.