Police say they have to reconstruct the scene of the crime, recover clothes which the accused wore at the time of incident 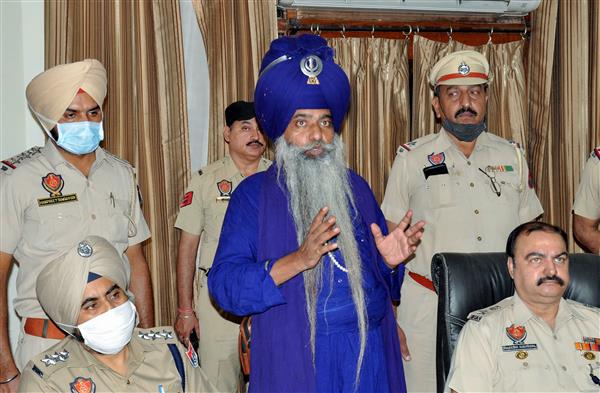 One of the accused. PTI file

Three people allegedly involved in the lynching of a labourer at a farmers’ protest site near Singhu border were remanded to six days in police custody as the Haryana Police set up two Special Investigation Teams to probe the incident.

Narain Singh, a key member of the Sikhs’ Nihang order, who was arrested on Saturday from near Amritsar, besides two more Nihangs—Govindpreet Singh and Bhagwant Singh—from Fatehgarh Sahib, who had “surrendered” before the Sonepat Police in connection with the lynching, were produced before a court in Sonepat, which remanded them to six days in police custody.

The police sought remand of the accused on the ground that they have to reconstruct the scene of the crime, recover clothes which the accused wore at the time of incident, besides interrogating them in depth about the entire incident.

The victim’s family had earlier questioned the attackers’ claim that he committed sacrilege and demanded a high-level probe.

The mortal remains of Lakhbir Singh were cremated at his native village in Punjab’s Tarn Taran amid tight security in the presence of his family members on Saturday evening. PTI