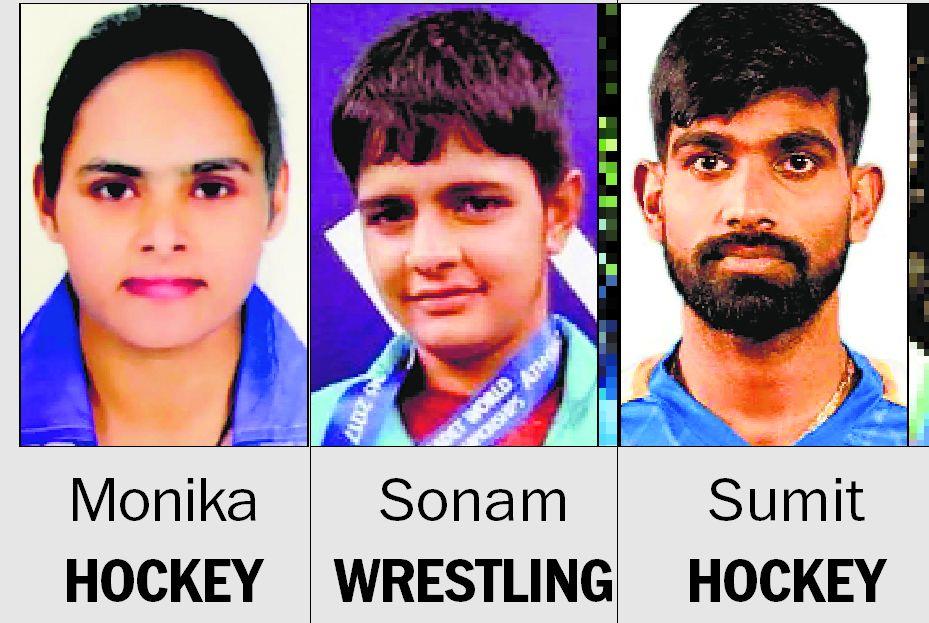 Local sportspersons have given Sonepat a reason to cheer with six of them making it to the Indian contingent for the Tokyo Olympics scheduled to begin on July 23.

Haryana Sports Minister Sandeep Singh said a total of 30 players from the state had secured berth in the Indian hockey, wrestling, boxing, shooting and athletic teams.

Punjab to give Rs2.25 crore for Olympic gold

Gold medal winners at the Olympics will be given Rs2.25 crore as prize money, said Sports Minister Rana Gurmit Singh Sodhi on Friday. At least 26 Punjab athletes have qualified for games.

With the selection of six players — four hockey and two wrestling — Sonepat district is at the top, followed by Kurukshetra and Jhajjar.

Four players each are from Kurukshetra and Jhajjar, while three each are from Hisar, Rohtak and Bhiwani. Nine state players have been selected in the women’s hockey team. They are Rani Rampal, Navjot Kaur and Navneet Kaur (Kurukshetra), Monika Malik, Neha Goyal and Nisha (Sonepat), Sharmila and Udita (Hisar) and Savita Poonia (Sirsa). Surender Kumar (Kurukshetra) and Sumit (Sonepat) have made it to men’s hockey team.

Among boxers are Amit (Rohtak), Vikas, Manish and Pooja (Bhiwani).

In shooting, Abhishek (Palwal), Yashaswini (Panchkula), Manu Bhaker (Jhajjar) and Sanjeev (Yamunanagar) have been selected. Besides, three athletes — Neeraj (Panipat), Sandeep (Mahendragarh) and Rahul (Jhajjar) – are among the Tokyo qualifiers.