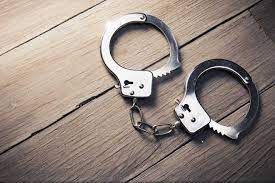 The ruling BJP-JJP alliance was left red-faced after the chairman of the Nuh Municipal Council was arrested by the Delhi Police for his alleged involvement in an organised robbery.

Reportedly inspired by Akshay Kumar-starrer “Special 26”, Sanjay Manocha and his six accomplices allegedly posed as Mumbai Police officers and looted Rs 5.7 lakh from a Delhi firm last week. He was arrested along with his aide Zahid. The police recovered Rs 2.5 lakh from one of the accused. Sources said Manocha had contested the civic poll with the support of the BJP-JJP. Congress leader and Nuh MLA Aftab Ahmed said, “The accused holds an important public office. He has not been sacked even after his arrest. The ruling alliance must give an explanation.” Usha Rangarani, DCP, North West Delhi, said the robbery took place at a wellness firm run by Vijay Yadav at Netaji Subhash Place last Wednesday. Four persons, including a woman, reached his office around 12:30 pm and introduced themselves as officers of the Mumbai Police. They snatched the mobile phones of the firm’s employees and demanded Rs 20 lakh from Yadav, accusing him of running some illegal business. The complainant was held at gunpoint and asked to dial his wife for bringing the money. His wife arranged Rs 5.75 lakh for them.

The raiding team also collected Yadav’s bank account and other details. “Their behaviour and language raised doubts and reminded me of sequences from ‘Special 26’,” said the victim.